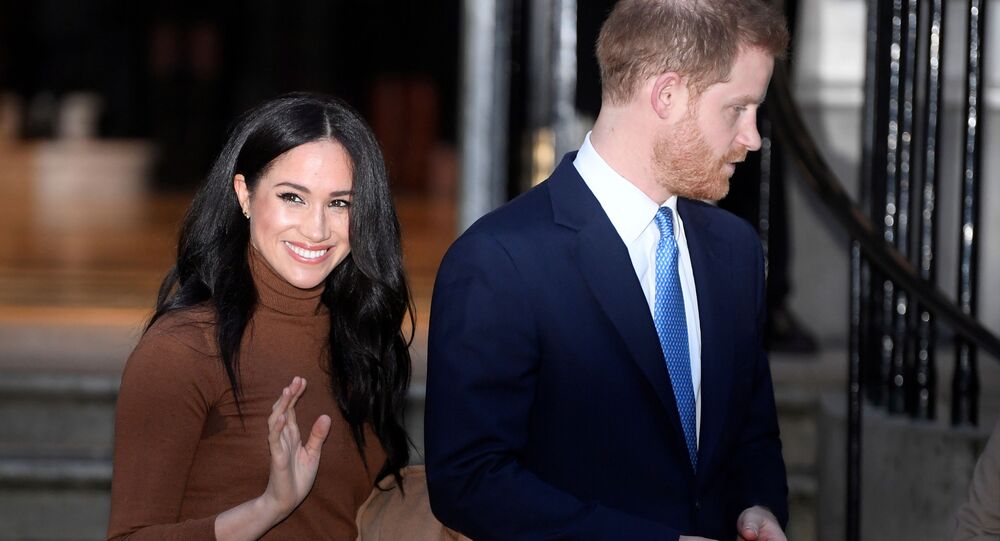 As Patrick Steward explained, he admires Harry and Meghan for their actions, noting that it must’ve taken them a great deal of courage to venture into the unknown the way they did.

Famous English actor Patrick Stewart, best known for his star roles in Star Trek and the X-men movies, has quipped that he might know more than most people out there about the relationship between the royal family and some of its more free-spirited members.

During his recent appearance on CBS This Morning, the 79-year-old Stewart, who is now promoting his series "Star Trek: Picard", was asked if he’s been following the so called Megxit saga, to which he replied that he is "very much involved in it, actually, because people don't know what lies behind this thing that has been happening and I happen to".

"The fact is, we've made them an offer to appear on Star Trek: Picard and they have roles to play," he said.

As the media outlet points out, however, Stewart "made it very clear" that what he said was merely a joke, though he did say that he would like to have Meghan and Harry appear on the show.

"That would be perfect for us because Meghan, we know she's an actress, and Harry, I have no doubt, has got all the talent and ability he needs," Stewart remarked.

This reveal elicited a somewhat mixed reaction online, as while some social media users seemed to like the idea, others did not appear amused by it.

Harry and Meghan?? Make it so Number One!!

Harry is a red shirt that beams down to the planet in the first minute.

I swear if I hear one more thing about them..so annoying

You've already demeaned the Start Trek brand after coming out and ranting about Brexit, this would destroy it!

The actor also added that he’s quite proud of the ex-royal couple’s actions, which, he argued, required no small amount of courage.

"It must have taken a great deal of courage and the future is unknown for them. Whereas, as a member of the family, your future is pretty graphed out until the end, and I really admire them," he explained.

Prince Harry and Meghan Markle first revealed their intent to distance themselves somewhat from the British Monarchy in a surprise announcement they made on 8 January.

The couple proclaimed that they want to reduce their royal duties and to spend more time in North America, as well as to become financially independent from the royal family.