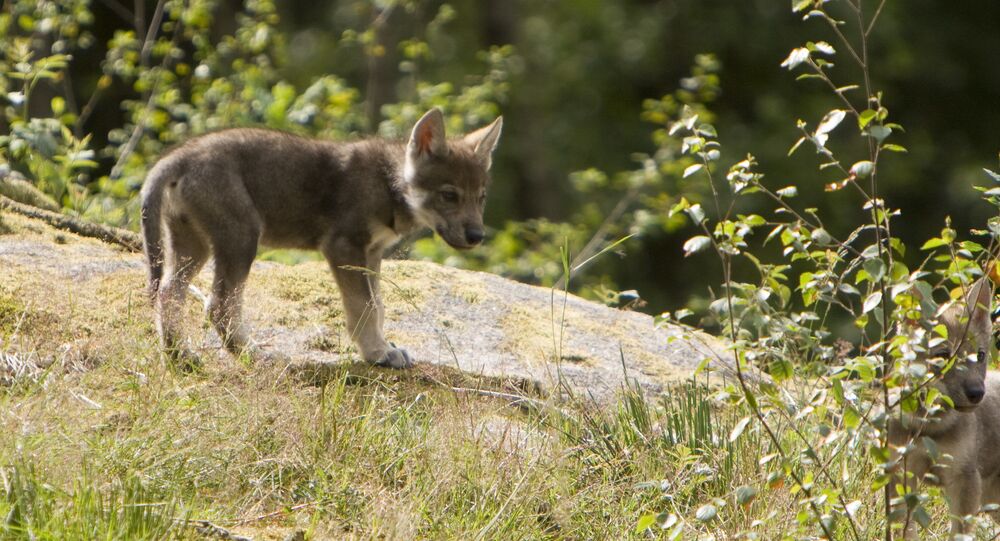 As retrieving was previously believed to be a trait which developed in dogs during the taming process, the find may change the evolutional picture of canines. Wolf puppies showing behavioural inclinations towards humans could have had a selective advantage.

Researchers at Stockholm University have discovered that wolves can successfully interpret human communication and fetch objects such as thrown balls, an ability previously believed to have developed in dogs only after they became tame.

“When I saw the first wolf puppy get the ball, I literally got goose bumps,” Christina Hansen Wheat of the Department of Zoology at Stockholm University told the research portal Forskning. “It was so unexpected. I immediately understood that if this play behaviour exists with wolves, it could have served as a possible criterion for the early selection of dogs during domestication.”

The discovery was made by chance when the researchers tested thirteen puppies from three different litters. The test by the Swedish Working Dog Club is designed to assess different behaviours of dog puppies. Fetching is one of the traits examined, but no one expected that the wolf puppies would also pass the test.

Turns out that wolves can fetch! Check out our paper on how standing variation in the expression of human-directed behaviour in ancestral populations could have been an important target for early selective pressures exerted during dog domestication https://t.co/P7OMcScbro pic.twitter.com/4QWXd3Cwl2

​During the trial, three eight-week wolf puppies from the same litter showed a spontaneous interest in a thrown ball and, when prompted, fetched the ball for a completely unknown person. The result is surprising since it was previously assumed that the cognitive abilities required to understand signals from humans, such as those required to understand apprehension, developed in dogs only after humans tamed them at least 15,000 years ago.

“We were very surprised that we had wolves actually fetch the ball. I didn't expect it. I don't think any of us in the research group did. Particularly surprising is that the wolves picked up the ball for a person they had never met before,” Christina Hansen Wheat said.

Christina Hansen Wheat argued that similarities between dogs and wolves can tell us where the behaviour we see in dogs comes from.

“Wolf puppies showing behavioural inclinations towards humans could have had a selective advantage in the early stages of the taming process,” she argued.

The research group intends to continue working on the data collected over the course of three years with dogs and wolves bred under identical conditions to learn more about behavioural differences and similarities and the effects of domestication.

Nobody's Afraid of This Wolf: Girl Shares Her Love With Enormous Rescued Canine