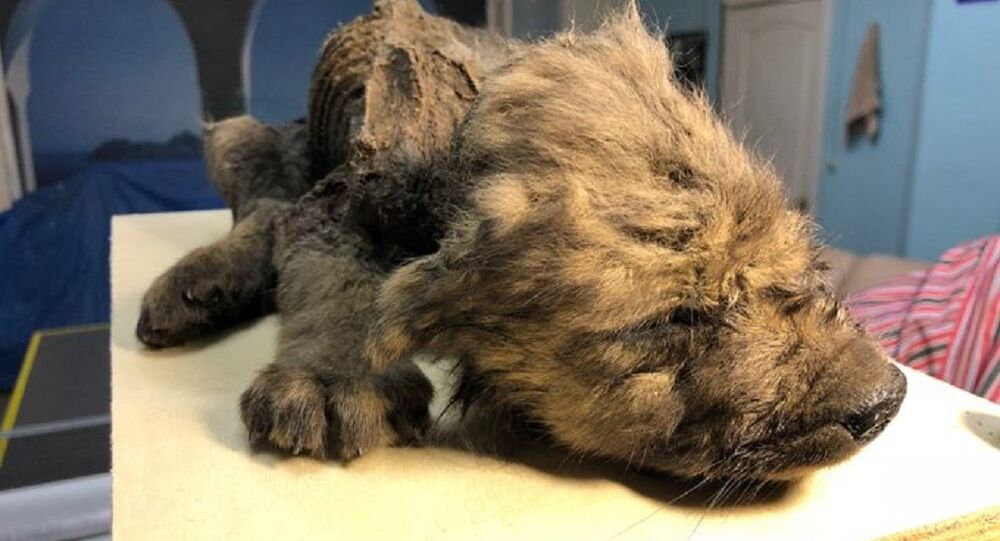 Even though the creature’s remains were well-preserved due to freezing temperatures, scientists are yet to determine what kind of canine it actually was.

The remains of an ancient puppy found buried in permafrost in the vicinity of the Indigirka River in Siberia, north-east of Yakutsk, left researchers scratching their heads as even a DNA test didn’t help them determine the exact nature of the creature, The Siberian Times reports.

According to the media outlet, the puppy was originally discovered in 2018, with all of its body intact, including whiskers and eyelashes.

But while scientists were able to establish that the creature lived about 18,000 years ago and that it was about two-months old at the time of its death, the initial genome sequencing performed by Swedish Centre for Palaeogenetics (CPG) failed to define whether the creature was a wolf or a dog.

So far, we have sequenced its genome to 2X coverage. But we still can't say if it's a #wolf or a #dog. Maybe it's the common ancestor?

​"The Centre has the Europe’s largest DNA bank of all canines from around the globe, yet in this case they couldn’t identify it from the first try," said Sergey Fedorov from the North-Eastern Federal University’s Institute of Applied Ecology of the North. "This is intriguing, what if it’s a dog? We can’t wait to get results from further tests".

​Researchers theorise that the puppy might be a dog, a wolf or possibly "the so-called wolfdog/early dog, a transitional stage from a wolf to a dog" the media outlet notes, adding that the puppy was named Dogor which means "Friend" in Yakut.