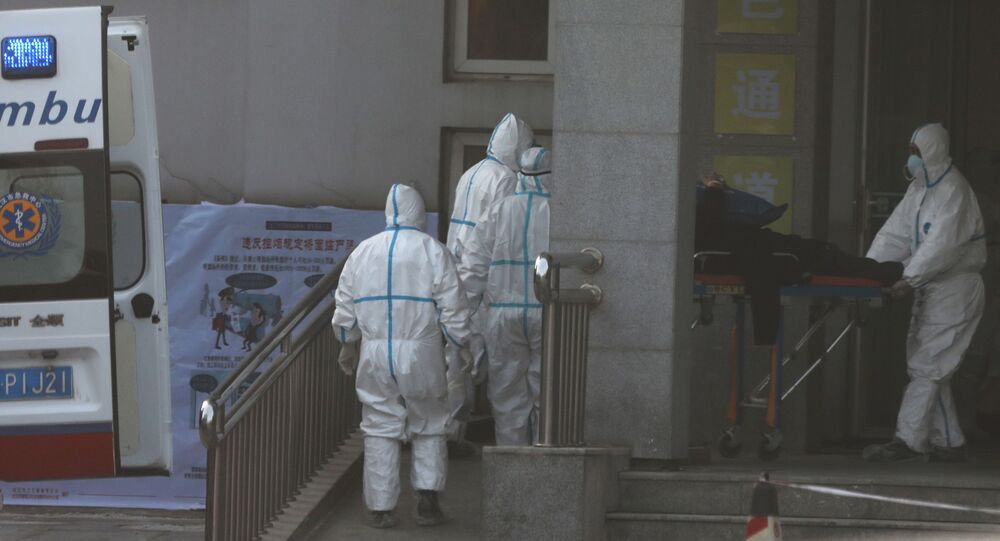 What We Know So Far About The New Deadly Coronavirus

At least six people have already died from a new type of coronavirus in China, with confirmed cases currently standing at 258, officials said on Tuesday.

With the World Health Organisation (WHO) calling for an emergency meeting on Wednesday that will focus on the new coronavirus outbreak, here’s a look at what is known about the deadly disease.

The death toll from the new type of coronavirus in China has reached six, and 227 people are still in hospitals under the supervision of doctors, Zhou Xianwang, the mayor of the city of Wuhan, from which the virus is stemming, stated on Tuesday.

“As of January 20, the number of confirmed cases of infection with the new type of coronavirus in Wuhan reached 258, a total of 25 people have already been discharged from the hospital, six people have died," Zhou said.

He added that at present, 227 people remained under the supervision of doctors in hospitals, of which 51 patients were in serious condition, including 12` critical.

The new coronavirus outbreak is already spreading to other Chinese cities, with 15 cases registered in southern province of Guangdong, five in the capital Beijing, two in Shanghai, and two in Tianjin City. Also, there are reported cases in Japan, Thailand and South Korea.

On Tuesday, WHO spokesman Tarik Jasarevic warned the coronavirus will most likely spread further.

“More cases should be expected in other parts of China and possibly other countries in the coming days”, he pointed out.

China’s President Xi Jinping for the first time publicly addressed the outbreak on Monday, when he stressed that the virus should be "resolutely contained".

The Chinese Foreign Ministry, in turn, pointed out that Beijing is providing "timely information about the disease" and that it will “work with all parties to deal with the virus".

Coronaviruses are a broad family of viruses that includes those capable to cause a spate of diseases, from the common cold to severe acute respiratory syndrome (SARS) and the inflammatory process of digestive tract.

These spherical microbes contain a single-stranded RNA molecule (ribonucleic acid). They consist of a shell with rare spikes or villi, resembling a crown when the sun is eclipsed.

Penetrating into a cell, coronaviruses multiply in the cytoplasm (semi-liquid contents of the cell). They settle on immunocompetent cells, using them as sort of a transportation vehicle to spread across a human system. Coronaviruses suppress the immune system which ceases to detect an infection and fight it. These viruses are unstable to external factors and can be destroyed at a temperature of 56 degrees Celsius.

What is Known About New Coronavirus?

Already labelled 2019-nCoV, it is thought to be a new strain of coronavirus that has not previously been identified in humans.

Earlier this week, China's National Health Commission confirmed that the virus can be transmitted from person-to-person, even though scientists believe that an animal source is "the most likely primary” factor of infection.

In late December 2019, Chinese authorities reported an outbreak of pneumonia of unknown origin in the city of Wuhan. The first cases were related to the seafood market and experts then suggested that the patients could suffer from a new type of coronavirus.

Signs of Infection and How to Protect Yourself

The symptoms include those pertaining to a respiratory infection, such as fever, cough, as well as shortness of breath and breathing difficulties.

Right now, there are currently no vaccines available to protect people from human coronavirus infection.

People are advised to shun "unprotected" contact with live animals, cook meat and eggs thoroughly, and avoid close contact with those who have cold or flu-like symptoms.

Additionally, doctors say it’s necessary to wash hands with soap and water for at least 20 seconds as well as avoid touching eyes, nose, or mouth with unwashed hands.