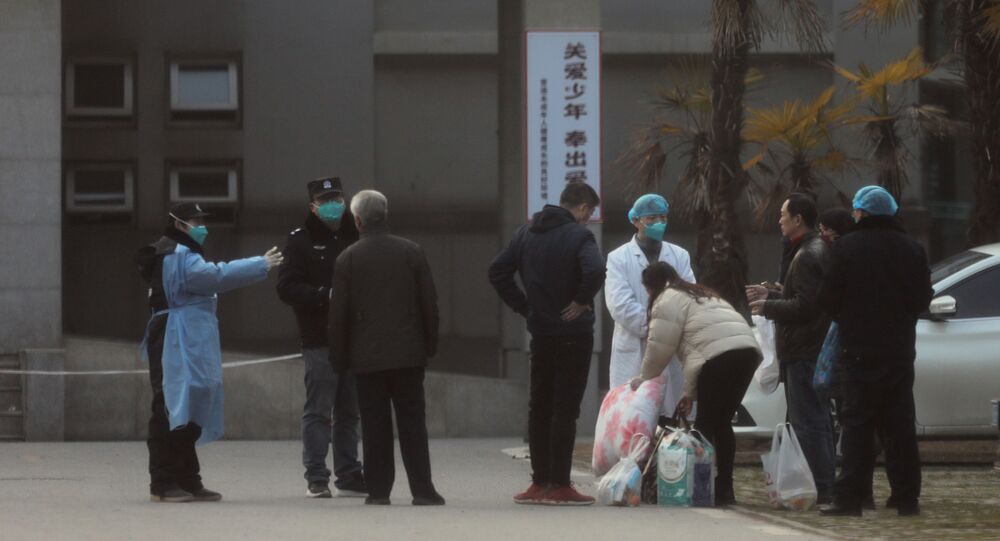 Chinese authorities confirm that the new virus can spread through human contact, with cases reported in several Asian countries and one suspected in Australia.

Asian shares headed lower on Tuesday as the outbreak of a new deadly virus in China spooked investors.

MSCI’s index of Asia-Pacific shares dropped 1.3 percent and its Hong Kong index slumped 2.2. The mood swing among global investors shaved 0.8 percent off Japan’s Nikkei and 1.5 percent off the Shanghai Composite index, with airlines leading the decline.

The unease spread to the US and Europe, with S&P 500 Index futures contracts sliding 0.4% and EUROSTOXX 50 futures losing 0.3 percent. China’s yuan lost about 0.5 percent on Monday and reached its lowest point in two weeks.

It comes after the rating agency Moody’s downgraded its outlook for Hong Kong, a key Asian financial hub, from stable to negative over the city’s ongoing unrest and confirmation from Chinese authorities that the new strain of coronavirus can pass from human to human.

The previously-unknown pneumonia-like virus, stemming from the central Chinese city of Wuhan, has infected over 200 people in China, including 14 medical workers who were treating patients in Wuhan. It has already killed four people in the country, with cases also confirmed in Thailand, Japan and South Korea, and at least one being tested in Australia.

What is known about the virus so far?

The WHO says animal contact appears to be “the most likely primary source” of the outbreak. The most notable outbreak of a similar in recent years was the highly contagious severe acute respiratory syndrome (SARS), which killed 774 of the 8,098 people infected in 37 countries between 2002 and 2003, mostly in China and Hong Kong.

SARS is thought to be an animal virus that spread from an as-yet-unknown natural reservoir (perhaps bats) to other animals and then humans. Its symptoms include fever and respiratory distress, which occur in many other respiratory diseases and pose complications for screening efforts.

The head of China’s national health commission investigating the outbreak said it takes two weeks to identify the new virus and it is not expected to repeat the SARS outbreak due to early surveillance and containment efforts.

And yet the new outbreak coincides with the Lunar New Year holidays, which see millions of Chinese tourists travel across the country and abroad, possibly making the virus worse and turning it into an epidemic.

Australia has stepped up airport screening of arrivals from China, while the WHO will have an emergency meeting this week to discuss the virus.