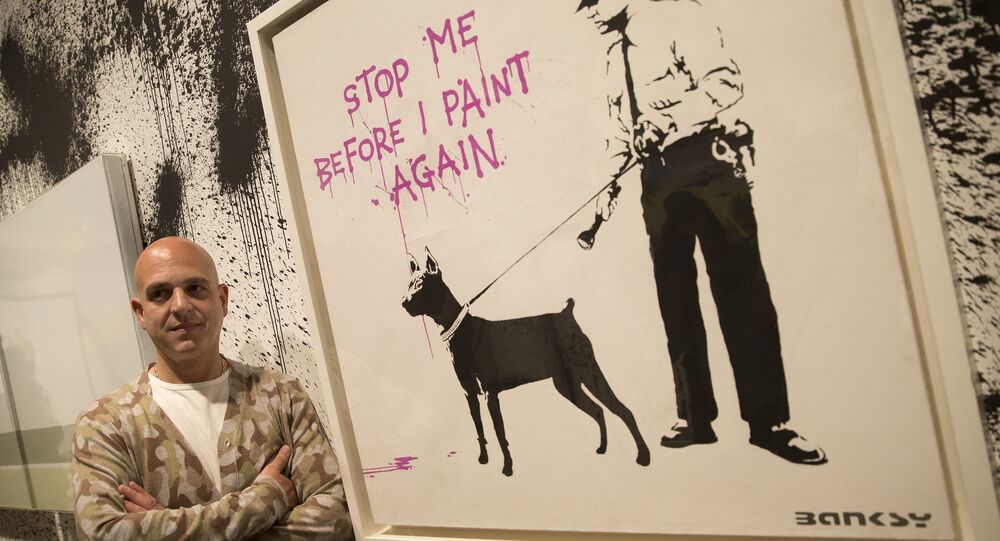 Steve Lazarides, a UK photographer from Bristol and a gallerist who has worked with the legendary street artist for 11 years, revealed in an interview some tricks that helped him and Banksy to stay unnoticed and unpunished while creating urban masterpieces.

Lazarides told The Guardian that in his new book, Banksy Captured, he recalls the creation of some works that now have gained global fame.

According to the gallerist, he was at the time traveling the world with Banksy - whom he calls "Matey Boy" - to make sure the artists did not get arrested and did not run out of spray paint.

“I had the time of my life [...] We were lawless and did just what we wanted. Matey Boy had a political agenda that you can see very clearly in everything he does, but I just had a f***ing blast”, Lazarides said, cited by The Guardian.

"I was from Bristol like him and loved graffiti art – it was for the dispossessed, those of us who didn’t go to galleries or have private educations. So it was a meeting of minds from day one”, Lazarides said, cited by The Guardian.

Banksy's former associate also revealed "the secret" that helped them both to walk away free from close call situations after hitting walls in various cities.

"...Hi-vis jackets and traffic cones. Nobody stops you if you have them”, Lazarides noted, adding that he and Banksy have used various tricks.

© Photo : Instagram/bonhams1793
Photo: Banksy Graffiti-Covered 'Turbo Truck' to Be Auctioned For $1.8mln in UK - Report
“Once I gave him a letter saying he had permission from a film producer to paint a wall. And I would be the film producer, armed with a burner phone. If I got a call, I was primed to say, ‘Sorry mate, I meant him to do the other side of the street’ ”, Lazarides said, cited by The Guardian.

Lazarides's book, despite the intriguing title, does not reveal the face and identity of the most enigmatic street artist in history. The newly released work, in a style of the illustrated album, gives, however, unprecedented access to the artist, while readers looking at the artist from the rear or with a large red dot covering his face, can only guess at his identity.

On the Verge of Popularity: Second Banksy Painting Stolen in Paris in a Year - Photo