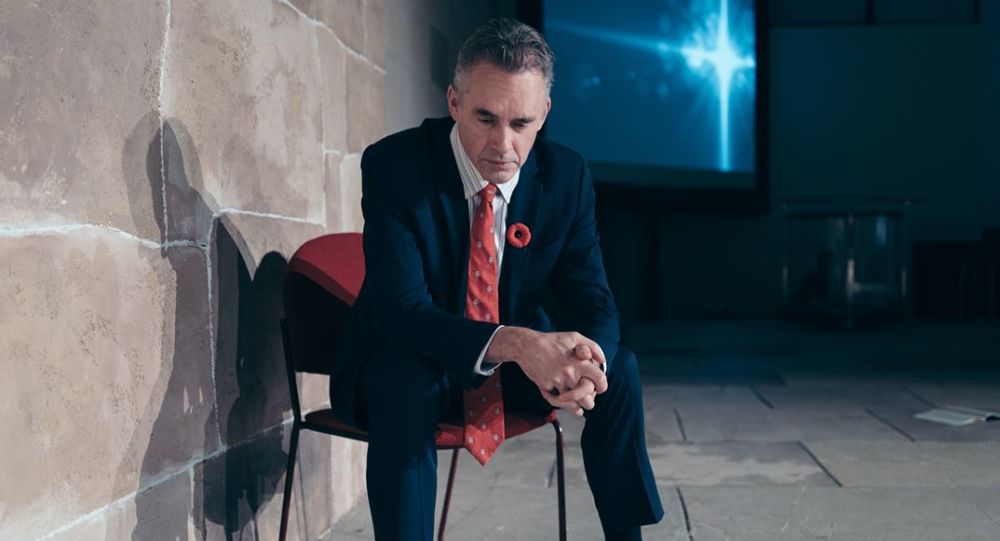 Contemporary psychologist Jordan Peterson, who rose to international fame in 2016, after releasing a YouTube series criticising Canadian legislation mandating the use of gender-neutral pronouns, has again commented on the controversy surrounding transgender woman Jessica Yaniv. Yaniv earlier sued beauticians for refusing to wax her male genitalia.

Free speech guru and critic of non-binary identities Jordan Peterson has once again weighed in on the controversy surrounding scandalous transgender woman Jessica (Jonathan) Yaniv. Peterson commented on an article by the outlet The Post Millennial rebuking a story that British comedian Ricky Gervais had been slammed by the media following a joke saying he was going to dress up like Yaniv for Halloween and therefore did not need to wax his scrotum. Peterson noted that it was almost “impossible” to believe that this issue really exists.

It is almost impossible to imagine that this issue really exists: https://t.co/QMwoItYyD3

Jessica Yaniv, who still has male genitalia and is yet to undergo gender reassignment surgery, previously gained notoriety after suing Canadian beauticians for refusing to wax her genitalia. English actor and comedian Ricky Gervais commented on the issue, by claiming that he was going to dress up as the “brave female activist” this Halloween season and therefore was in no need of waxing in order to pass for her.

“I was going to dress up as something weird and creepy for my Halloween party, but I’m bucking the trend this year and I’m going as brave female activist Jessica Yaniv", Gervais wrote in a tweet.

I was going to dress up as something weird and creepy for my Halloween party, but I’m bucking the trend this year and I’m going as brave female activist Jessica Yaniv. This also means I don’t have to wax my big old hairy balls. pic.twitter.com/ldAvI0b2ot

However, several outlets later reported that Gervais had received severe backlash following his joke, which was not entirely true as The Post Millennial noted. Many users found the joke hilarious and praised Gervais for his honest joke.

I love you so much Ricky for this post. Starting to take the piss out of this ridiculous situation means we are one step closer to stopping this madness.

Many of Peterson’s followers agreed with his opinion, by saying that it was the media that had created the backlash around Gervais’s joke.

Millennials have no wars, quality of life now is really good. Therefore they create their own fake outrage. Humans need dissonance for some odd reason.

"People confuse the subject of the joke with the target of the joke, and they're very rarely the same." R. Gervais

Jordan Peterson earlier stood up for Canadian free speech activist Lindsay Shepherd after she was banned from Twitter in July following her exchange of tweets with Yaniv. At that time, the transgender woman picked on Shepherd for having a “loose vagina” after giving birth and mocked her for having a reproductive abnormality, to which Shepherd replied that at least she has female genitalia, while calling Yaniv an “ugly fat man”. The Canadian free speech champion was then suspended from Twitter, while Yaniv remained on the platform despite her comments, which many users and public figures found unfair.

Peterson, who has been a longtime critic of mainstream political correctness and a bill mandating the use of gender-neutral pronouns for people who do not identify as male or female, also supported Shepherd two years ago when she was disciplined by Wilfrid Laurier University over showing students a debate involving Peterson discussing the use of gender-neutral pronouns as part of a class discussion. Despite Shepherd claiming that her position on gender issues was neutral, she was slammed by other professors for creating a toxic environment in the classroom and “playing a speech by Hitler”.

For his part Peterson, who defines himself as an individualist and a promoter of free speech, has denied all the accusations brought up against him and sued the professors involved for defamation.