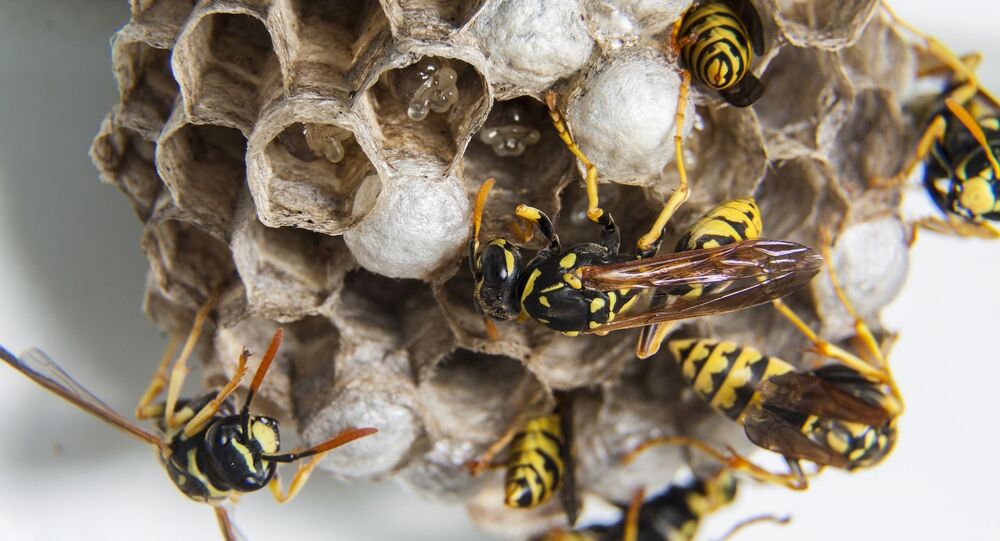 A fugitive fleeing German police encountered two times the trouble and was ultimately apprehended after crashing into a wasp nest, provoking a swarm that was apparently scarier to him than jail time.

A new kind of “sting operation” was underway in Oldenburg, Germany, on Monday after an unsuspecting police fugitive destroyed the home of countless combative wasps, provoking their wrath.

The 32-year-old was attempting to evade officers after failing to begin serving his scheduled 11-month custodial sentence and took a regretfully risky leap of faith off the side of a balcony, according to Oldenburg police officials who spoke with the Associated Press.

While he did not hurt himself from the impact of the fall, he did destroy the dwelling of a swarm of wasps.

Police say the irritated insects quickly identified the suspect in the destruction of their dwelling and swarmed the fugitive to deliver justice through their stingers. He eventually ran onto an Oldenburg road in an attempt to escape the wasps’ ire.

The assault did not stop there, however. Perhaps peeved by the lack of recognition from officers for slowing down the suspect, the report says the once-helpful hive quickly turned on the cops when they tried to arrest the 32-year-old.

Not finished with the homewrecker, the wasps’ wrath continued to follow the fugitive until he hopped into an inflatable pool. Despite preventing further stings, the wasps’ water weakness was ultimately the unnamed man’s undoing as well, as the cops caught up to him once he stopped moving.

Just last year, the Seminole County Sheriff's Office in the US state of Florida received similar assistance from a herd of cattle that encircled a motor vehicle theft suspect who fled the scene after crashing a stolen SUV into a traffic sign.

The woman tried to lay low in some bushes, but her hiding spot was easily located as officers in a helicopter tracked the herd’s movement. Though she avoided being trampled by the bovines, she and her accomplice were charged with drug possession, resisting arrest, trespassing and petit theft.