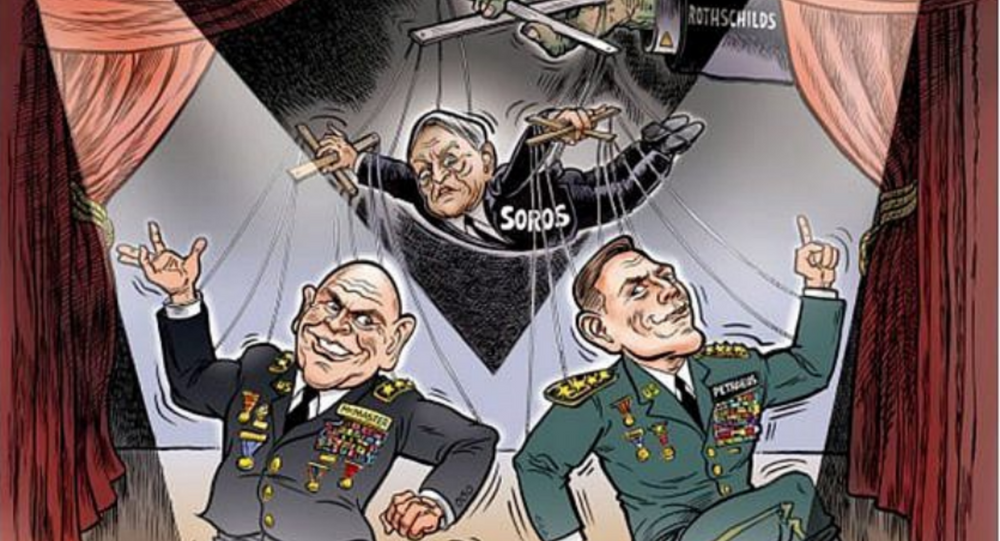 A cartoonist who created a “blatantly anti-Semitic cartoon,” according to the Anti-Defamation League (ADL), has been invited by US President Donald Trump to attend the social media summit on Thursday at the White House.

“Honored to be invited to the White House! Thank You Mr. President!” Ben Garrison tweeted Saturday.

​During the summit, attendees are expected to discuss social media issues and policies. Surprisingly, social media giants Facebook and Twitter were not invited to attend the event.

“Soros, who is Jewish, is himself depicted in the cartoon with puppet strings, being guided by a greenish hand and arm labeled ‘Rothschilds,’ the name of a Jewish family long involved in the banking industry. The thrust of the cartoon is clear: McMaster is merely a puppet of a Jewish conspiracy,” the ADL wrote in a 2017 article.

According to the ADL, which described Garrison as a cartoonist known for “right-wing, anti-government and conspiratorial themes,” the cartoon implies that a Jewish cabal controls world order.

Garrison’s invitation to the White House has been met with rebuke by some.

“It is completely unacceptable that the Trump Administration would invite someone to the White House who has been known to write anti-Semitic cartoons,” US House Majority Leader Steny Hoyer (D-MD) told Jewish News Syndicate (JNS). “The Trump Administration continues to create an environment where hateful speech, including anti-Semitism, is condoned. The President ought to revoke his invitation immediately.”

“By inviting a cartoonist to the White House whose work the Anti-Defamation League calls ‘blatantly anti-Semitic,’ President Trump is, again, fanning the flames of hatred,” Democratic Majority for Israel president and CEO Mark Mellman told JNS. “At a time when anti-Semitic incidents are increasing at an alarming rate, President Trump should withdraw his invitation to this purveyor of anti-Jewish hate and condemn all forms of bigotry.”