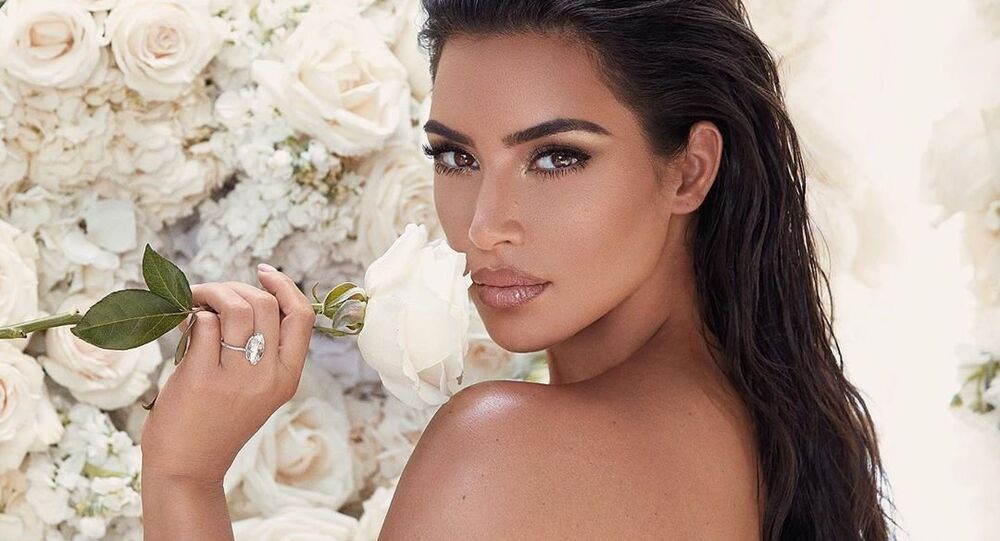 The picture, as it turns out, was posted by Kim to promote her new beauty line; its launch is expected to coincide with her wedding anniversary.

Reality TV star and social media celebrity Kim Kardashian has apparently decided to mark her upcoming five-year anniversary with famous rapper Kanye West with a cheeky topless picture of herself with a not-so-hidden agenda.

A photo shared by Kim on Instagram features her wearing only her engagement ring while standing next to a white rose wall which, as Cosmo points out, is “reminiscent of the one at her wedding”.

And it seems that Kim K used this opportunity not just to share a piece of eye candy with her fans, but also to promote her new beauty line, Mrs. West Collection, in the caption.

She also posted a photo of her and Kanye, snapped right after the wedding ceremony, musing in the caption that “5 years and 4 kids, life couldn’t be better!”

Earlier this month, the star was thrust into the media spotlight for a somewhat different reason, when veteran journalist Jeremy Clarkson pondered what might happen to our planet if it was struck by a space rock “the size of Kim Kardashian’s backside”.