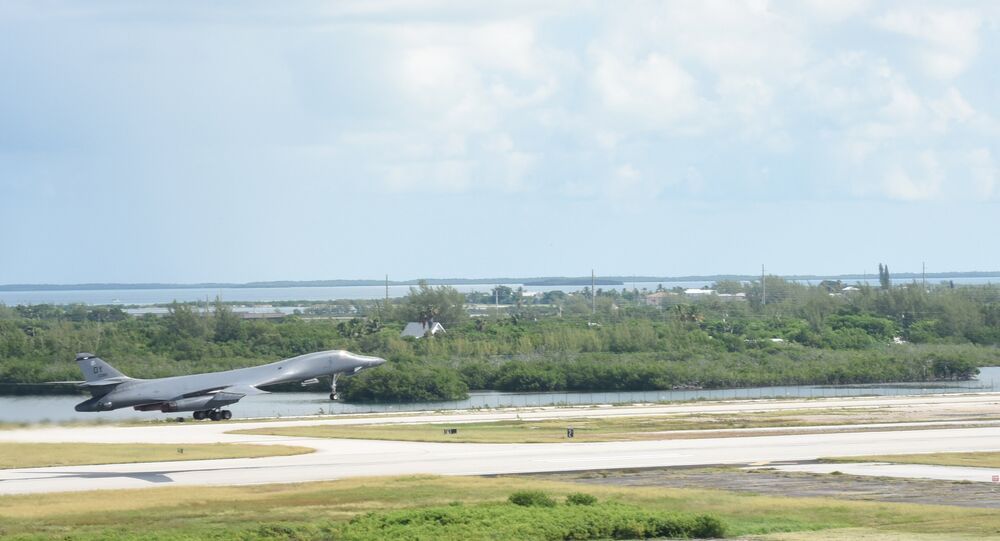 A Chinese student who admitted to illegally taking photos of a US military installation in Key West, Florida, was sentenced to a year in prison Tuesday by US District Judge K. Michael Moore.

Zhao Qianli, 20, who says he's a musicology student from China who was in the US in September for a summer exchange program, pleaded guilty to one count of photographing defense installations.

He was arrested on September 26 at the Joint Interagency Task Force South at Naval Air Station Key West. He told authorities that he mistakenly stumbled upon the high-security Naval Air Station after his losing his way on a tourist trail, military.com reported.

​Investigators said they found photos and videos of US government buildings and a Defense Department antenna field on the military base on Qianli's smartphone and digital camera.

On Tuesday at a federal courthouse in Key West, Qianli pleaded guilty to one count of photographing defense installations at the Key West military facility. However, he did not express any remorse for taking the photos, military.com reported.

During the hearing, federal authorities implied the Qianli may be a spy for the Chinese government, adding the he waded into the water fully clothed to circumvent the security fence at the southern end of the naval base. In addition, FBI agents did not find any pictures of tourist spots on his photography devices.

However, Qianli's defense attorney, Hongwei Shang, said her client is simply a student at North University of China who was visiting Key West as a tourist.

"He's not a spy," Shang argued at Tuesday's hearing. "A spy would not do things like him. There's no proof… He committed a stupid mistake. He confessed to it. He just wants to go home."

In addition, Shang compared her client's situation to North Korea's detention of Otto Warmbier, the American university student who died after being detained in North Korea on charges of stealing a propaganda poster.

However, the judge didn't agree with Shang's reference to Warmbier, noting that Warmbier was not caught taking pictures or videos of North Korean military installations. like Qianli was in the US.