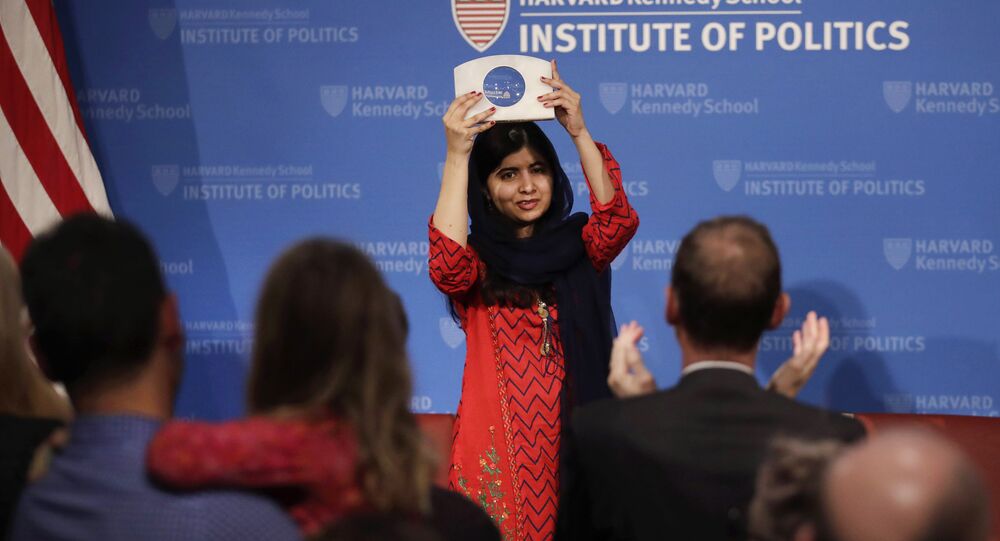 On Thursday, Nobel laureate Malala Yousafzai criticized the Trump administration’s treatment of migrants on the US-Mexico border, saying, “Don’t greet refugees with tear gas,” during a ceremony at the Harvard Kennedy School’s Center for Public Leadership.

"We should not assume that it is these people's fault that they are refugees," she noted, while encouraging everyone to "just be human," cited by Common Dreams.

Her comments come after a group a group of some 500 migrants attempted to cross the US border near Tijuana on December 2, purportedly throwing projectiles at US border patrols which prompted American authorities — according to reports — to use tear gas and rubber bullets against the asylum seekers, including very small children.

Migrants fleeing violence and poverty in their home countries come to the US in hopes of being able to seek asylum and live a better life, according to reports.

"We need to look at it from the human eye and be more welcoming and consider themselves as our brothers and sisters," Yousafzai noted, cited by the Harvard Crimson.

Twenty-one year old Pakistani Malala Yousafzai is the youngest Nobel Peace Prize laureate in history, accepting the prize in 2014 for her "struggle against the suppression of children and young people and for the right of all children to education." She has been an active supporter of education for women in her native region in northwest Pakistan.

In 2012, a heavily-armed Taliban man shot the then fifteen-year-old girl and two of her fellow students in the head for her human rights campaign, severely wounding her. Surviving the attack, Yousafzai has continued to work for human rights. In 2013, she founded the nonprofit Malala Fund, which helps girls attend school.