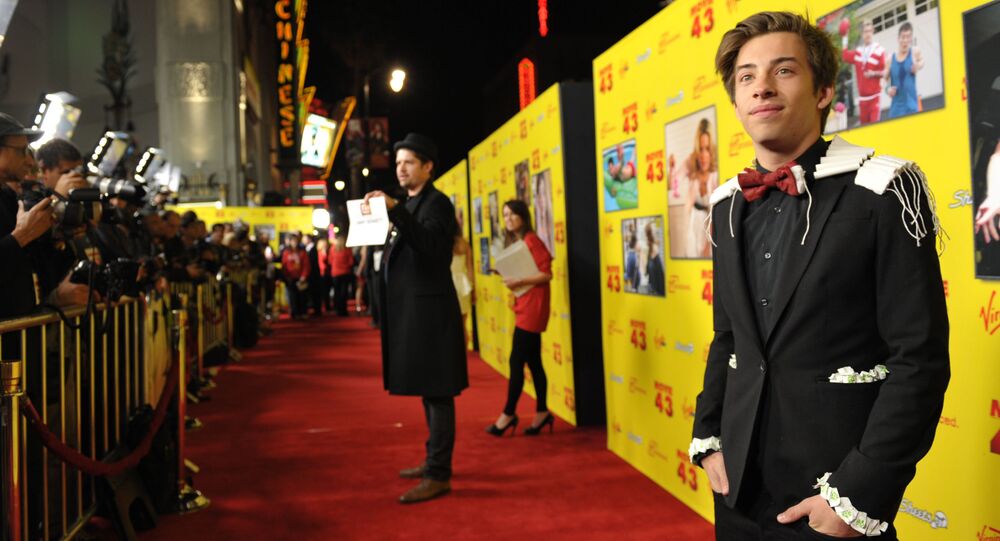 Jimmy Bennett, the actor that has accused Italian actress and director Asia Argento of sexually assaulting him as a teenager, issued his first statement Wednesday, saying he was unsure about coming forward because he was "ashamed and afraid."

In the statement, Bennett indicates that he previously steered away from going public with his story because he'd initially wanted to handle the matter privately "with the person who wronged" him.

"Many brave women and men have spoken out about their own experiences during the #metoo movement, and I appreciate the bravery that it took for each and every one of them to take such a stand," Bennett said. "My trauma resurfaced as she came out as a victim herself. I have not made a public statement in the past days and hours because I was ashamed and afraid to be part of the public narrative."

© AFP 2020 / Loic VENANCE
'His Sexual Fantasy Since 12': Asia Argento Reportedly Admits to Having Sex With Minor, Allegedly Unaware of Age

"I was underage when the event took place, and I tried to seek justice in a way that made sense to me at the time, because I was not ready to deal with the ramifications of my story becoming public. At the time I believed there was still a stigma to being in the situation as a male in our society," Bennett continued.

"I didn't think that people would understand the event that took place from the eyes of a teenage boy. I have had to overcome many adversities in my life, and this is another that I will deal with, in time. I would like to move past this event in my life, and today I choose to move forward, no longer in silence."

Bennett's allegation was first publicized in an article by the The New York Times on Sunday. In that article, it was reported that in May of 2013 Bennett and Argento had a sexual encounter in a hotel room in Marina del Rey, California. At the time, Bennett was 17 and Argento was 37. The age of consent in California is 18.

According to the Times article, months after Argento had become a prominent voice of the #MeToo movement, becoming one of the first women to publicly accuse producer Harvey Weinstein of sexual assault, she found herself quietly trying to settle Bennett's accusation after she was hit with an intent to sue in November 2017.

​A similar selfie picture of the pair was posted by Argento on her Instagram page, also on May 9, 2013.

Happiest day of my life reunion with @jimmymbennett xox

​In the days since the article hit the internet, additional evidence surfaced online, including that bed selfie and text messages, which were both published by TMZ. Text messages the website obtained allegedly detail a conversation between Argento and a friend in which the actress admits to having sex with Bennett. Argento reportedly was not aware of Bennett's age until after she was served with his notice. Argento also says Bennett initiated the encounter.

Argento issued a statement on Tuesday, saying that she "strongly" denies the allegations and opposes "the contents of the New York Times article." Argento explained that the payments were meant to help Bennett out of his financial troubles at the time, stressing that much of the money came from her boyfriend, the late Anthony Bourdain.

According to the Hollywood Reporter, the Los Angeles County Sheriff's Department is aware of media reports and "is attempting to reach out to the reported victim and/or his representatives in an effort to appropriately document any potential criminal allegations."

Bennett and Argento first met after he was cast to play her son in the 2004 JT Leroy-inspired film, "The Heart is Deceitful Above All Things."

US Congressman Accused of Sexual Assault of a Minor