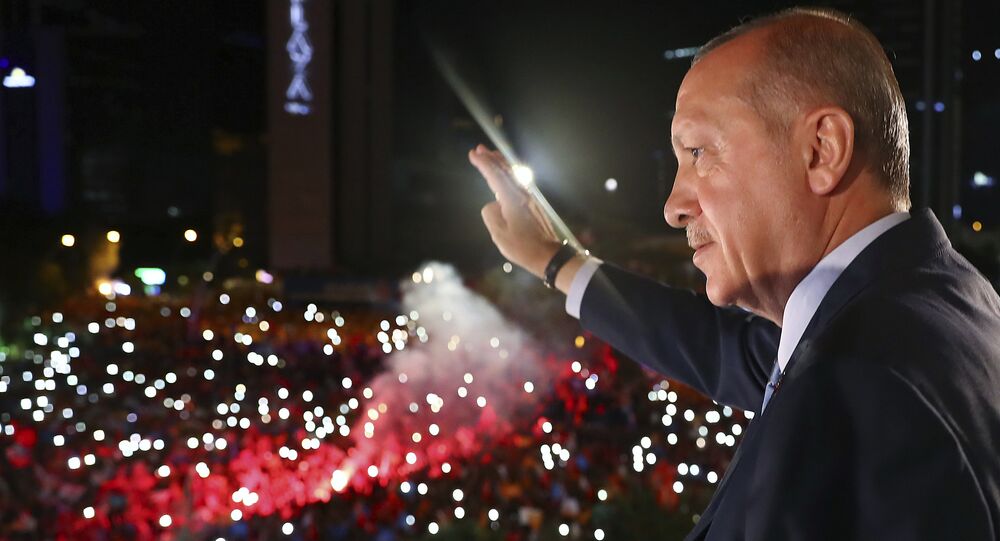 In the wake of a hotly-contested second-term win, Turkish President Recep Tayyip Erdogan has moved to further consolidate power, most recently by locking up political opposition leaders on trumped-up charges of terrorism.

Erdogan, following his second-term win in what many Turkey observers suggest was a fixed election, has had primary opposition politician Eren Erdem arrested on charges related to terrorism, according to state-run media.

Jailed on Friday ahead of an upcoming September trial, and only days after losing his seat in parliament in the June 24 elections, Erdem — a Republican People's Party (CHP) official — is said to have been charged with providing assistance to those that Erdogan claims are responsible for the failed 2016 coup against the increasingly authoritarian Turkish strongman.

Erdem confirmed his arrest in a tweet but did not provide additional details on the charges brought against him.

Erdem's early-Friday tweet said in Turkish: "I have been detained. I don't know the reason. I was detained by police outside my home. I present it to the public," cited the BBC.

Reports suggest that prosecutors in Istanbul will charge Erdem with helping followers of US-based religious leader Fethullah Gulen — a former close Erdogan ally — who has consistently denied having anything to do with the 2016 failed coup.

In the face of increasing opposition, Erdogan fought his way to a second five-year term as Turkey's president and, following the vote count, quickly moved to further consolidate his already-expanded executive powers.

Erdem's charges stem from a stint as an editor of a now-defunct newspaper in 2013, which published transcripts of wiretapped recordings detailing Erdogan — while serving as the nation's prime minister — and senior officials discussing purportedly illegal actions, as well as conversations between the Turkish leader and his son about the embezzlement of large amounts of money.

Erdogan at the time went so far as to suggest that the 2013 publication of the compelling transcripts amounted to "an attempted coup" orchestrated by Gulen from afar.

Media and activism in Turkey have suffered deeply under Erdogan's post-coup repression, as tens of thousands have been arrested over allegations of links to Gulen, while armed Kurdish factions in the country violently seek independence from Ankara in the country's southeast.

On June 14, CHP official Enis Berberoglu was given 25 years in jail for providing what Erdogan's administration described as "secret information" to media outlets.

Erdem must remain in Turkey as the investigation proceeds and is facing up to 22 years in jail if found guilty.

CHP member Baris Yarkadas noted that Erdem's arrest is part of ongoing attempts by Erdogan and his AK party to falsely link the opposition party with international terrorism.

Noting that Erdem was working in the media at the time of his original arrest, Yarkadas observed that "journalism is not a crime," cited by the BBC.