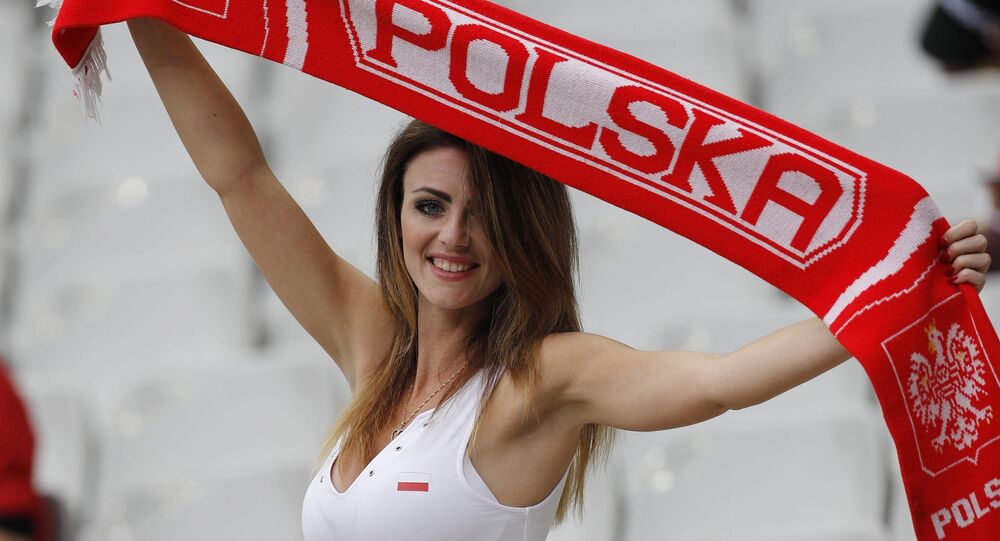 A Polish football fan, who was crowned Miss Euro 2016, has arrived to Russia to support her team ahead of their first game in the World Cup.

Marta Barczok rose to fame after posting a series of photos of herself dedicated to her national team in France two years ago.

In her bio on Instagram, she calls herself a singer, football lover and Miss Euro 2016.

Recently, the gorgeous girl uploaded photos of herself rallying for the World Cup 2018.

"Twoje zdrowie is my song for the World Cup in Russia, to motivate my national team. Poland!” Daily Star reported Barczok as saying.

Her selfies are accompanied by words of encouragement for her dear Poland.

In one post, she said: "Our first match at the World Cup only in a few days, and I already have butterflies in my stomach, I'm very excited and can not sleep. Do you have that?”

"On Tuesday, I'll proudly wave the scarf and sing the Polish anthem. I can not wait for this moment. Only Poland,” she added in another.

On her Instagram stories it could be seen that the model had arrived in Russia to attend the game.

Poland is to play against Senegal on June 19 at Moscow’s Spartak stadium.

Watch World Cup With Fans of All 32 Nations? Challenge Accepted by 4 Londoners