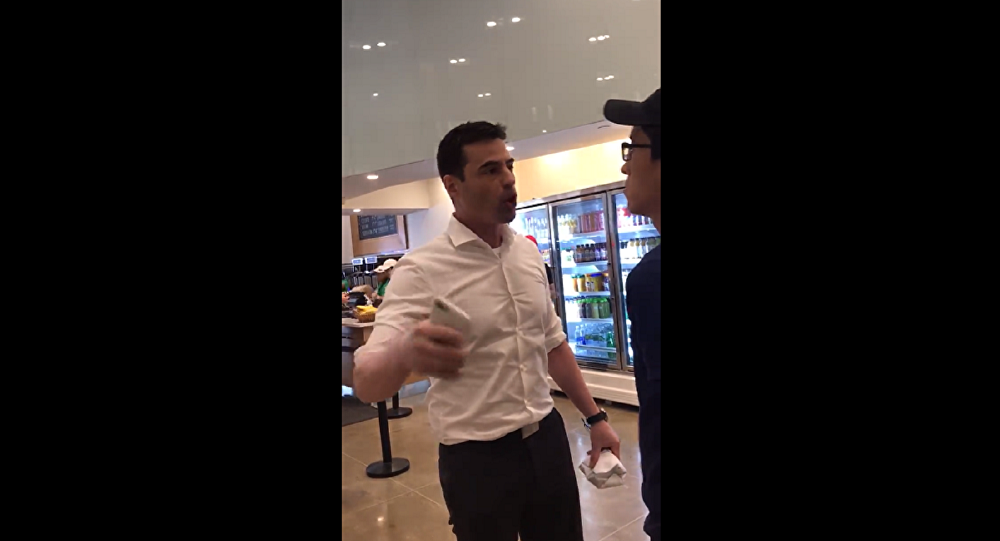 Aaron Schlossberg, the NYC-based lawyer who flipped out over two women speaking Spanish at a breakfast restaurant last week, released a statement Tuesday to explain that despite all evidence to the contrary, he's actually not a racist.

"To the people I insulted, I apologize. Seeing myself online opened my eyes — the manner in which I expressed myself is unacceptable and is not the person I am," the statement read. "I see my words and actions hurt people, and for that I am deeply sorry."

"What the video did not convey is the real me. I am not racist. One of the reason I moved to New York is precisely because of the remarkable diversity offered in this wonderful city. I love this country and this city, in part because of immigrants and the diversity of cultures immigrants bring to this country," Schlossberg added, before offering his "sincerest apologies."

But while Schlossberg claims not to be a racist, the internet doesn't agree on the matter.

​Backlash began brewing against Schlossberg on May 15 after he was recorded inside a Fresh Kitchen in Midtown Manhattan, threatening to call agents from the US Immigration and Customs Enforcement (ICE) to detain workers who were speaking to customers in Spanish.

Footage of the incident was shared on Facebook by Edward Suazo, who indicated on the video post that Schlossberg's rant began he'd heard Suazo's wife and her friend speaking to another employee in Spanish.

"Your staff is speaking Spanish to customers when they should be speaking English," the video shows Schlossberg telling the restaurant's manager. "Every person I listened to — he spoke it, he spoke it, she's speaking it."

"This is America. Your staff should be speaking English, OK?" he yelled out.

Though Schlossberg ended up leaving the establishment after the manager told him that sometimes his employees speak Spanish, things didn't end there. Hours after the video was published, netizens playing detective dug up other videos that showed the lawyer mouthing off at unsuspecting New Yorkers.

And the airing of Schlossberg's dirty laundry wasn't the end of it — a GoFundMe campaign was launched to pay for a mariachi band to play at his place of business and home.

​More than 100 people gathered outside Schlossberg's home to eat some tacos, speak whatever languages they pleased and sing some classics like "Cielito Lindo."