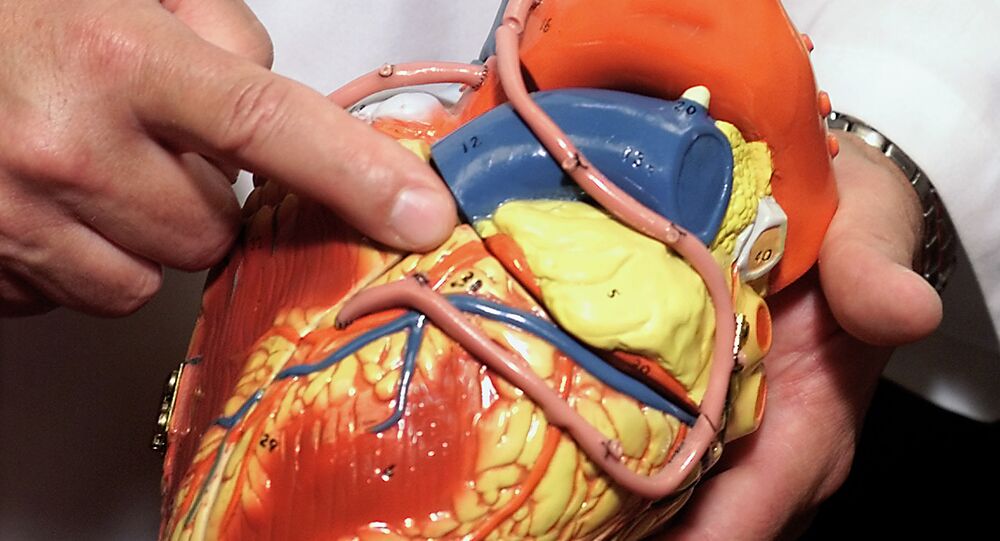 WASHINGTON (Sputnik) - Children from Russia with complicated heart issues will get specialized treatment in the United States despite fundraising challenges amid current political tensions between Washington and Moscow, the President of US-based Russian Gift of Life (RGOL) Charity Fund Alexander Hindenburg told Sputnik.

"This year we are going to help six kids from Lipetsk region. They will receive treatment at St. Francis Hospital at Long Island [New York]," Hindenburg said.

All these children had been identified during a special mission RGOL partners in Russia complete each year.

"We bought an echo cardiogram machine doing ultrasound of the heart. It travels on searching missions even to various villages to find kids with heart problems. Some of them have been operated in Russia, some here in the United States," Hindenburg added.

© Sputnik / Evgenyi Samarin
Cordial Cooperation: Norway to Use Oil Know-How to Prevent Heart Attacks
Since the beginning of its history in 1980s, the fund helped to treat hundreds of children from the former Soviet Union, primarily from Russia, to get specific cardiac treatment in the United States.

"Sometimes we have up to twenty or thirty kids per year," the fund’s president said.

"We need to get more funds in order to extend the number of children we are able to help. We are creating a cultural exchange despite current political uncertainty. When people see kids their hearts melt away," he said.

© CC0 / Pixabay
Bad Romance: A Broken Heart Can Be as Damaging as a Heart Attack, New Study Finds
However, Hindenburg noted, now people "are a little bit more reluctant to donate."

"A lot of people in the United States now may ask why we need to donate to kids in Russia, while we have our own kids. But a kid is a kid, and it does not matter from where," Hindenburg said.

He expressed hope the situation will change in the future.

Russian Gift of Life was created in the late 1980s to support kids from then-USSR with complex heart issues and help them to get treatment in the United States. It is affiliated with Gift of Life Inc. non-profit corporation in New York and partners with several major medical institutions in Russia, including Bakulev Center for Cardiovascular Surgery, cardiac centers in Voronezh, Nizhny Novgorod and Tomsk.

A Broken Heart Can Be as Damaging as a Heart Attack, New Study Finds