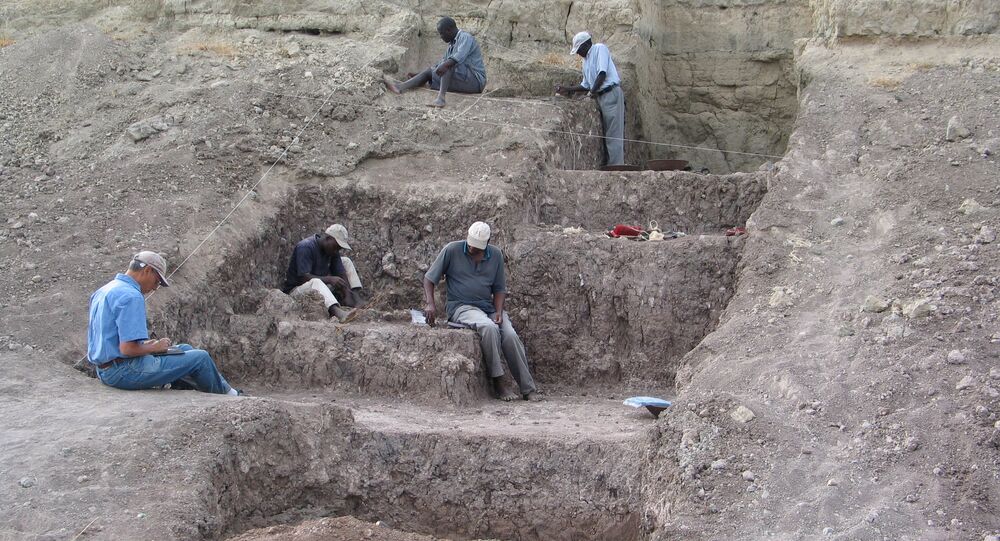 The ancient people exchanged volcanic glass and pigments, traveling long distances, which suggests that more than 320,000 years ago there was already a kind of social networking between our ancestors which was spread throughout the African continent.

A large-scale analysis of tools recently found in different parts of Africa demonstrate that the style of their creation had changed dramatically about 320,000 years ago, which is indicative of the early emergence of mankind, as evidenced by the theory of African "gardens of Eden," according to an article published in the journal Science.

These tools show an ongoing exchange between the ancient people which brought them together even as they lived at great distances from each other. It serves as an indicator that human species emerged unusually early and were widespread.

READ MORE: Remains of Earliest Homo Sapiens Outside of Africa Found in Israel

The discoveries made over recent years and genetic research that followed, indicated that people could have left Africa much earlier than previously thought, at least 130, 000 years ago.

To confirm this, scientists recently found the remains of Homo sapiens who lived in Africa about 300,000 years ago in Morocco.

The scientists have also unearthed Cro-Magnon tools dating back 150,000 years and the remains of Homo naledi, the potential ancestors of man who lived in the cave of Naledi about 330,000 years ago.

Homo naledi is an extinct species of hominin, which anthropologists first described in 2015 and have assigned to the genus Homo.

All of these discoveries suggest that mankind has arisen not at any particular point in Africa, but as a result of interaction of several groups of ancient people who lived in different parts of the continent.

“These practices imply significant changes in how individuals and groups related to the landscape and one another, and provide documentation relevant to human social and cognitive evolution,” journal Science reported.

New excavations carried out by two groups of scientists in Kenya, showed that even more interesting tools, paints and other artifacts that were buried in the ground much later, some 320,000 years ago, were buried under the stands of Kenyan excavation point called Olorgesailie Basin.

© Photo : University of Reading
English Archaeologists Unearth One of 'Mad Emperor' Nero's 'Pet Projects'
It has been excavated over many years and contains many artifacts that have accumulated over a long time period. The artifacts unearthed in this region date between 1.2 million and 490,000 years ago.

Interestingly, many of these tools and pigments that scientists found on the territory of the ancient camp of the first Homo sapiens were made from materials such as obsidian which were not found in that part of Kenya.

That means that the inhabitants of Olorgesailie Basin bought these raw materials from some other tribes of ancient people.

All this, according to the authors of the article, is another argument in favor of the fact that the first people appeared 100-120 thousand years earlier than scientists had previously thought, and that the evolution of our species was taking place on the entire continent, and not only in one of the alleged areas known as "the cradles of humanity" in the south or east of Africa.

Catch of the Day: Archaeologists Find Centuries-Old Artifacts in Moscow…Again