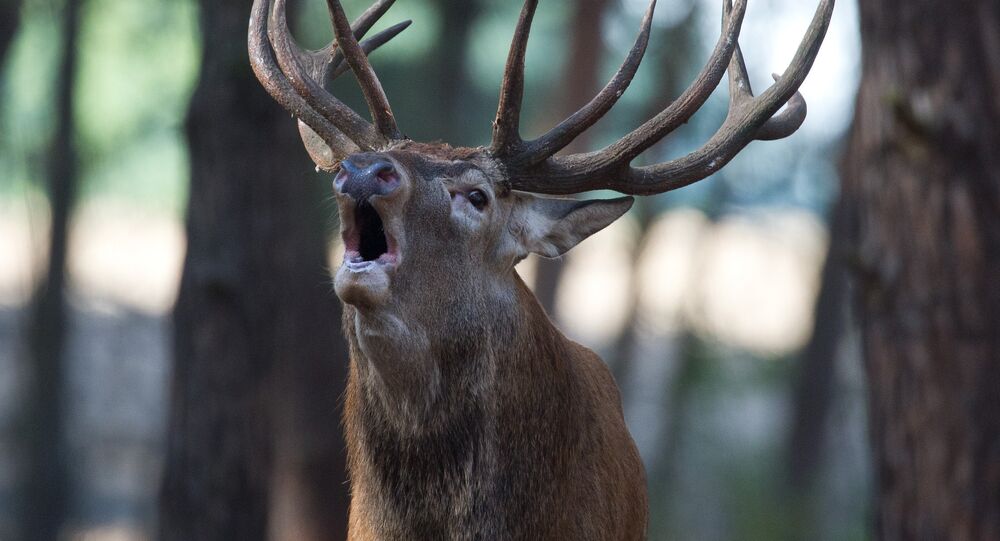 Scientists are concerned that the “zombie deer disease” felling deer populations around the world could infect humans who eat deer, elk and moose, a scenario which could lead to a devastating public health disaster reminiscent of Mad Cow Disease.

The "zombie" disease, officially called Chronic Wasting Disease (CWD), was first observed in 1967 when scientists noticed that deer in Fort Collins, Colorado, were starving to death after stumbling around like zombies. Since then, the disease has infected multiple wild herds in Canada, South Korea, Norway and in 24 US states, NPR reports.

The infection is a contagious neurological disease causing spongy degeneration of the brain, resulting in emaciation, peculiar behavior, loss of bodily functions and eventually death. It is spread by misfolded proteins, or prions, that cause other proteins to misfold around them. Symptoms can take up to two years to emerge after infection.

Scientists have recently become worried that humans who consume the meat of deer, elk, moose and other members of the same family could catch the disease as well. These concerns surfaced after initial results from an ongoing study led by Colorado State University's Prion Research Center revealed that macaques became sick with the deadly disease after regularly eating infected deer meat.

There are as yet no reported cases of humans being infected with CWD.

"While most research shows there's a robust species barrier, this recent study showed that barrier might not be quite as robust as we once thought," Matt Dunfee, head of the Chronic Wasting Disease Alliance in Fort Collins, Colorado, told NPR.

The fear is that "zombie deer disease" could do much the same as Mad Cow Disease, or bovine spongiform encephalopathy, which first appeared in the mid-1980s in the UK after cattle ate the bone meal of sheep infected with scrapie, a fatal, degenerative disease similar to CWD that specifically affects sheep and goats.

There is a breadth of scientific evidence that suggests that the agent responsible for the outbreak of Mad Cow Disease in cows is the same one responsible for the human form of the disease, Variant Creutzfeldt-Jakob, which infects people. This suggests that the bovine prion in cows somehow evolved into a variant that could be transmitted to humans through infected beef products.

The research at Colorado State University suggests that the agents causing CWD are susceptible to evolution, which could also eventually transform into a prion that infects humans.