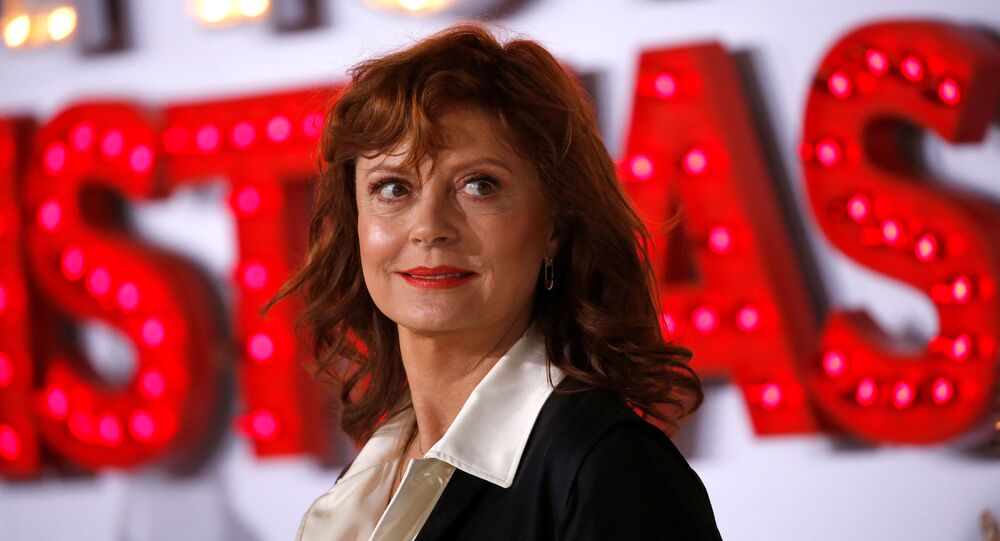 Academy-award winning actress and social activist Susan Sarandon, who got in trouble with Hillary Clinton supporters in 2016 for refusing to endorse the candidate, has been forced to take precautions including changing her phone number after receiving threats from 'Hillary trolls' who blamed her for the election loss.

Sarandon, a Bernie Sanders supporter who made headlines last year after refusing to back Clinton after Bernie's loss, remains unapologetic over her choice, told The Guardian that she believes America would probably "be at war" right now if Clinton was president, and that things in general "wouldn't be much smoother" than they have under Donald Trump.

Her decision not to endorse Clinton, and to support Green Party candidate Jill Stein instead, has not been without consequences, Sarandon admitted. "I got from Hillary people 'I hope your crotch is grabbed', I hope you're raped'. Misogynistic attacks," Sarandon complained, referring to her harassers as 'Hillary Trolls'.

© AP Photo / Andrew Harnik
'They Just Wanted a Photo Shoot': Trump's Person-of-the-Year Tweet Sends Shockwaves on the Internet
"Recently, I said 'I stand with Dreamers' [children of illegal immigrants' whose path to US citizenship has been threatened by the Trump administration] and that started another wave," she added. Clinton supporters attacked her with the argument "'How dare you! You are responsible for this!'"

Traditionally criticized by the right for her calls for social and economic justice at home and a non-interventionist foreign policy abroad, Sarandon noted that today, she is attacked exclusively by the Clinton-supporting left. "I'm not attacked from the right at all," she said. Furthermore, when asked if she was upset by the attacks, Sarandon suggested that it was more upsetting to her "from the point of view of thinking they [the Democrats] haven't learned. I don't need to be vindicated."

Ahead of the 2016 election, as Democrats urged women to vote Clinton because she's a woman, Sarandon resisted the call, saying that she does not "vote with [her] vagina." She stuck to her position in the Guardian interview. "I think of myself as a humanist, because I think it's less alienating to people who think of feminism as being a load of strident bitches," she quipped.