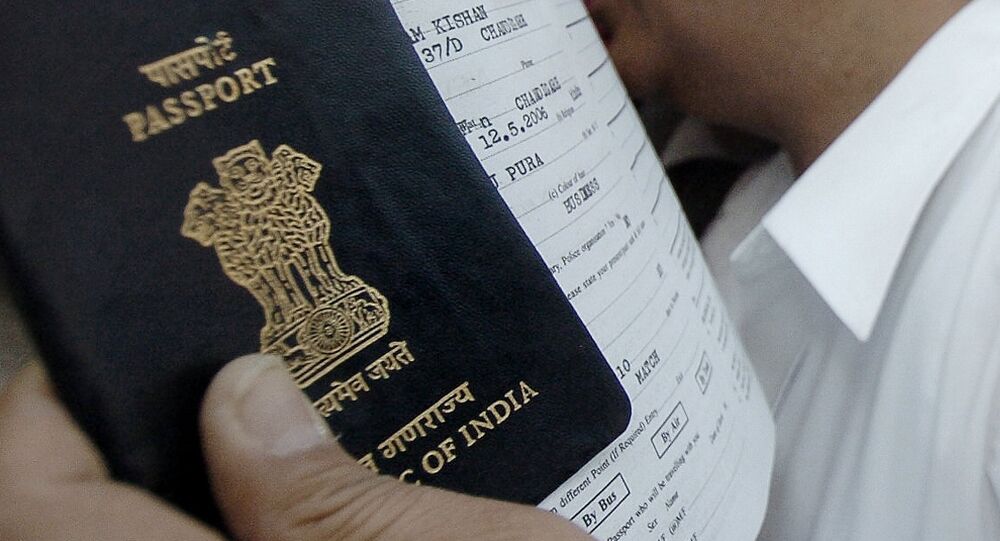 At the 75th position, an Indian passport allows its visa-free entry in only 24 countries, while 27 other countries grant visa on arrival. This comparatively low number has contributed to the low ranking for the Indian passport.

New Delhi (Sputnik) — The Indian passport continues to fare poorly in the global power rankings with it occupying the 75th position, only three indices higher than its position last year. The global ranking which saw another Asian country Singapore surge to the top position has Pakistan and Afghanistan among the worst farers.

#Singapore Passport Named 'Most Powerful', while India Ranks 75: According to the Passport Index developed by advisory firm Arton Capital. pic.twitter.com/7nePATg5dX

Meanwhile, this is the first time an Asian country has taken the top spot in the index. Singapore passport holders enjoy visa-free access to 173 countries, according to the index.

© AP Photo / Charles Krupa
India Flags H-1B Visa Reforms Issue With Visiting US Congressional Delegation
Philippe May, managing director of Arton Capital’s Singapore office, said in a statement: “For the first time ever, an Asian country has the most powerful passport in the world. It is a testament of Singapore’s inclusive diplomatic relations and effective foreign policy.”

Other Asian passports in the top 20 include those of South Korea, Japan, and Malaysia. Russia’s passport has been ranked at 41 with a visa-free score of 108.

Germany and Sweden ranked second and third, with a score of 158 and 157, respectively in the index.

How powerful is India's passport? Not even close to the power that Singapore's packs. More at https://t.co/wsh6Qrtqdc pic.twitter.com/j0hGXfbPYC

On the other hand, the United States passport has fallen to 6th rank since President Donald Trump took office, according to the index. The decline in the US passport’s rank could be due to the Turkey and the Central African Republic revoking their visa-free status to US passport holders, recently.

India Readies for its Second Lunar Mission in Early 2018

India Limits Use of Professional Lobbying Firm to Influence US Policymakers