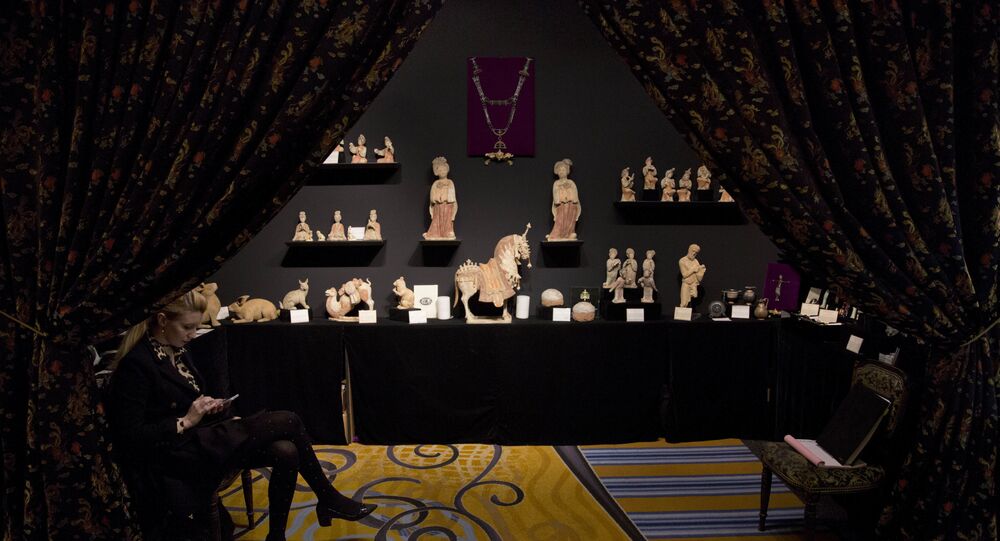 British ceramics and European works of art have become increasingly sought-after among Chinese collectors, according to experts.

Global Times
China Might Make Tickets for Palace Museum Free
Exhibitors preparing for the Antiques for Everyone Fair in the English city of Birmingham said they have seen a sharp rise recently in sales to the Asian market in general.

Ian Rodgers, owner of Drove House Antiques, a specialist in Chinese ceramics, said the additional interest is down to improved knowledge.

Rodgers said: "We probably sell 50 percent of the items on our website to the Chinese mainland, Taiwan and Hong Kong. A lot of sales go to Hong Kong and we're finding that, on the first day of the Antiques for Everyone Fair, we're getting a great deal of visitors, either from that region or with links to that region."

Although Chinese porcelain remains popular, Drove House Antiques has seen a growing demand for quintessentially English porcelain, which "appeals to European tastes, but its popularity also seems to be spreading further toward the Chinese market".

"It's a very good market for us to break into," he said. "The one difference we have noticed is that they're being more selective and considered about what to go for."

In addition to British ceramics, Chinese collectors are seeking out other genres, including textiles.

The Antiques for Everyone Fair is staged three times a year. At the spring fair that was held in April, organizers noted the sharp rise in interest among Chinese and other Asian collectors was "bringing business to many dealers".

© REUTERS / Etienne Oliveau
Is Big China Watching Little Britain? Put an Alert on UK's International Trading
Julian Eade of Julian Eade Antiques, which specializes in artist-signed Doulton pottery and porcelain, said he too had noticed a "significant rise" in interest among collectors from Asia.

"The big shift came probably around 2010 when it became clear people from that region were becoming more educated about English porcelain – be it Worcester, Minton, or other such names. It isn't necessarily people coming over as such, but people from China and the Far East are in contact with people here who effectively buy on their behalf," he said. "There seems to be a niche market, almost like a novelty-like attraction to our range, and it's great to know the market is growing."

Duncan Phillips, an art and antiques consultant, said: "Several hundred Chinese and Asian visitors regularly attend the Antiques for Everyone fairs, many of whom are resident in the UK. They are often young and affluent and looking to acquire antiques related to their own heritage."

This article was first published in China Daily.

Australian Gallery May Have Bought Indian Antiques From Thieves