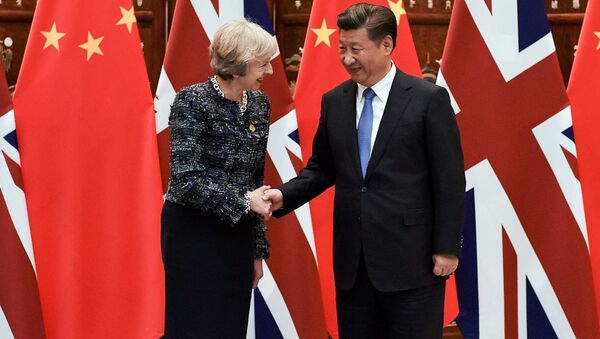 A Beijing-based surveillance equipment firm with large-scale trade contracts in the UK has caused a bit of a panic amongst UK security officials as to any potential hidden agendas that could easily stretch beyond mere financial interests.

Hikvision is a Chinese state-run commercial company that is said to have sold more than a million closed-circuit television cameras and recorders to British clients who have installed them at a number of prominent locations across the UK, including airports, government buildings, sports stadiums and also on several London Transport networks.

The 6 MP Smart IP Indoor Dome Camera has an IK10 vandal-resistant rating to mitigate the risk of tampering.

Although the Beijing-based company supplies a range of security tech products to a number of countries around the world, questions are being raised as to what security risks could be posed if there was a vested interest to monitor activity in the UK all the way from China, as well as any untoward interests of other countries looking to, or already trading with the UK.

As money gets injected into the UK post-Brexit economy, it could easily jeopardize areas such as national security, if a deal with a corporation was more than just about mutually beneficial economic interests.

Apart from China, the Netherlands have recently acquired a number of prominent commercial properties in central London as part of their investment portfolio in the UK, while Qatar, Spain, Switzerland and Japan are already significantly contributing to the UK economy from outside of its borders.

​Interestingly, when it comes to China's wider investment interests in the UK in particular, there seems to also be a growing list of British companies that are said to have Chinese funding backers including some of the major household brands such as Weetabix, House of Fraser, MG cars, Heathrow Airport, London taxi cabs, and many more.

While we are busy being infatuated with Jacob Zuma, China is taking over the world. China's investing across the world is immerse

.@JustinTrudeau — A great friend to London and a great Prime Minister. Thank you for the warm welcome in Montréal. pic.twitter.com/Smfd41RoEz

Ahead of this week’s trip to Canada, London’s mayor Sadiq Khan said that “London is and always will remain open for business". Critics remain hopeful that this openness will not eventually translate into economic vulnerability.