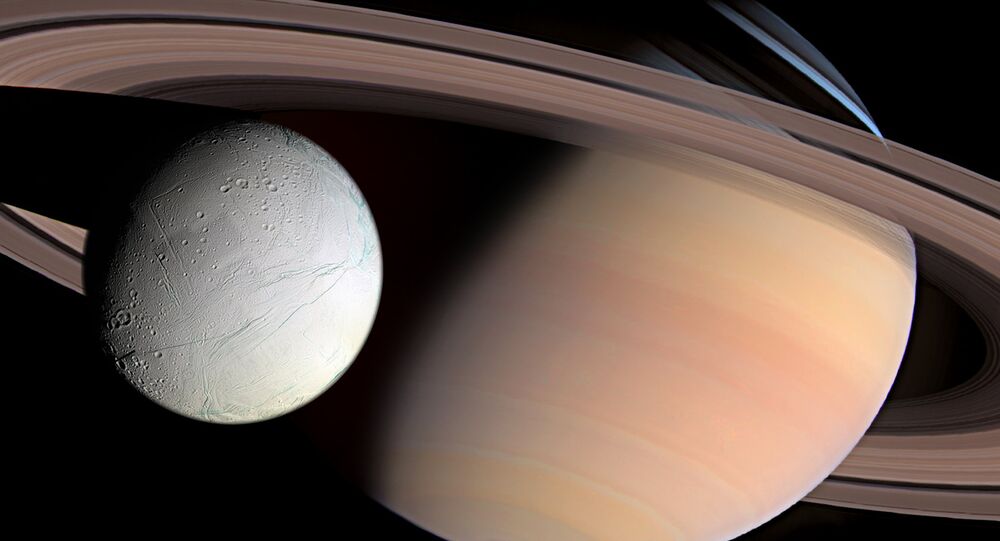 Last week on the website of the Anonymous hacker group there was an announcement suggesting that NASA scientists have found traces of extraterrestrial life on Enceladus, the satellite of Saturn, but are hiding this discovery from the public.

On his Twitter page, Zurbuchen wrote, “Contrary to some reports, there’s no pending announcement from NASA regarding extraterrestrial life.”

Contrary to some reports, there’s no pending announcement from NASA regarding extraterrestrial life.

​Earlier, Anonymous asserted that recent discoveries by orbital observatories and by the Cassini spacecraft have resulted in high-level Congressional hearings that will soon be made public, including revelations about the discovery of alien life.

There were multiple recent explorations of the solar system, combined with the discovery of more than 4,000 potential exo-planets orbiting distant stars.

© NASA . JPL-Caltech
The Hunt Goes On: NASA Astronomers Discover 10 Possible Earth 'Twins' (VIDEO)
According to the online edition of Space.com, Zurbuchen's speech before the US Congress in April this year further added to such speculations.

The scientist told US parliamentarians about the successes NASA achieved in the search for analogues of the Earth and extraterrestrial life particularly on Enceladus.

Enceladus, which is one of the moons of Saturn, has a warm under ice ocean and there is everything necessary for life — water, nutrients, minerals and a source of energy.

This source, a hydrogen molecule, was discovered very recently by the Hubble telescope and the Cassini probe.

Back then, Zurbuchen declared that NASA and mankind are on a verge of the most amazing and significant discoveries in the history of the Earth.

The Anonymous considered such a statement sufficient to suggest that NASA has already discovered traces of life in the geysers of Enceladus, but so far is hiding it and is preparing to announce it in the near future.

However, Zurbuchen put an end to speculations with his tweet and other NASA scientists have not yet made any official statements on this matter either.