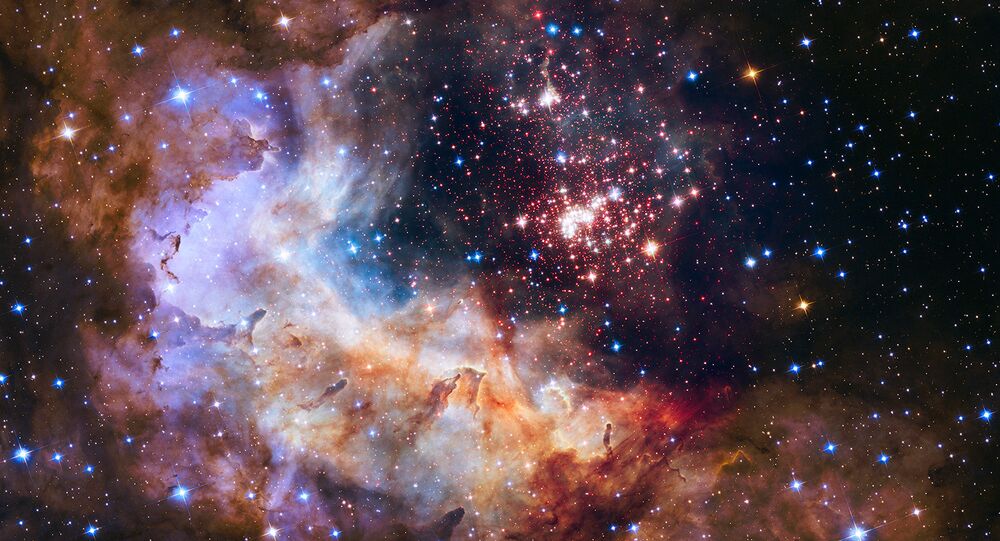 Astronomers believe they may have found a proof of a parallel universe. A group of researchers at Durham University found evidence suggesting that a parallel universe could have crashed into ours creating a so-called ‘cold spot’.

The spot was first discovered thirteen years ago and astonished the scientific community as it contained less matter than it should. However, the experts from Durham University believe that the spot might be a remnant of a collision between our universe and innumerable other universes.

The impact created by such a collision might have displaced the energy from a huge region of space causing the phenomenon. The cold spot in question is said to have occurred at the formation of the universe more than thirteen billion years ago.

Radio Sputnik spoke with Professor Tom Shanks, an astronomer at Durham University and a co-author of the study.

“It is very speculative and some people say that it is not very testable but with the observations that we make and others make, I think it is quite possible to test these ideas whether they are correct or not,” Shanks said.

© CC0
Far Out, Man! Missing Galaxies Can Be Found By Studying the Ultraviolet Universe
He further said that he and his team had been testing this observation and trying to decipher if it is a super void or an under dense area in the foreground of the cold spot, in order to explain this away, but now it has been observed that the “void explanation cannot clarify the cold spot, so that means we are looking for other explanations,” Shanks said.

The professor shed some light on the standard model of cosmology and discussed the theories behind them which were proposed by various scientists including Russian and British scientists many years ago.

Coming back to the idea of the multiverse, Shanks said that despite the fact that some people are saying that the theory of the multiverse is not testable the observations that are being made of the microwave background and the technical detail or polarization as it is called, should provide a final proof.

“The proof of a multiverse will be a game changer in astronomy,” he said.

Furthermore, Shanks spoke about string theory and how there is a connection between that theory and the recent observations made by his team about the multiverse possibility.

“This idea that if you believe in the inflation of the universe, and that predicts the multiverse, it ties in very nicely to physics, and string theory can provide range of models which is almost infinite. And the almost infinite models can fit in those infinite universes and people like to draw these conclusions as it is a popular thought in the physics community,” the professor said.

The interview also discusses what the next step in researching the multiverse theory is and the actions that he and his team plan to take in order to find out more answers to this phenomenon.