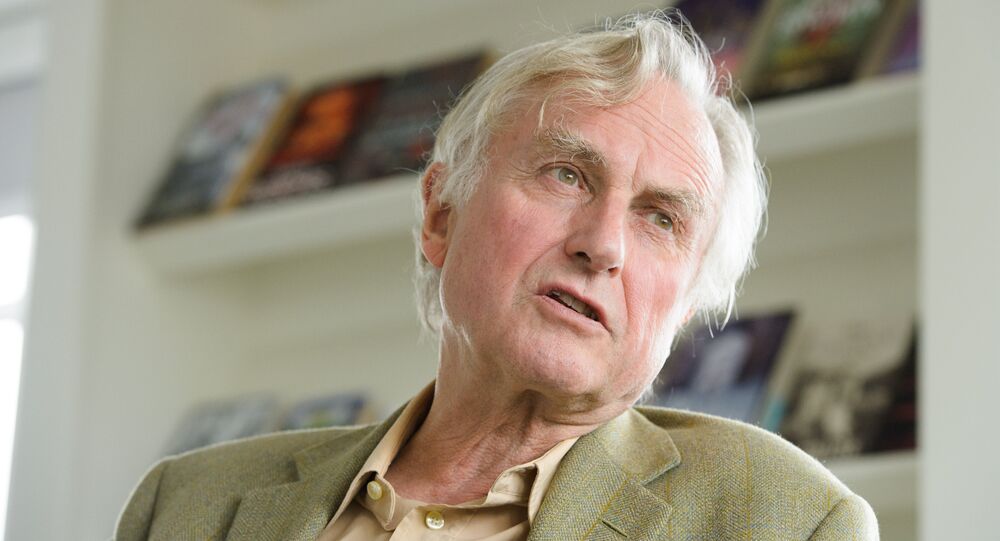 The New Atheist Delusion: Dawkins and Movement 'Lost the Heart of the Cause'

Religion has and always will be a controversial subject and people on both sides of the debate have aggressively pushed their agenda, looking for the most sound doctrine. But according to experts, atheists such as Richard Dawkins and their viewpoints have led to alienation in the atheist community.

A recent editorial that appeared in the New Scientist (NS) magazine shortly before Easter 2017, laid out the argument that atheism is just another religious disguise.

The author, Graham Lawton, deputy editor of NS, himself an atheist, said that being one put him in a group that many people mistrusted or discriminated against.

Faith of the faithless: Is atheism just another religion? https://t.co/3ihLvJgGXG pic.twitter.com/XHfP1c64y4

​Lawton's view was not an isolated one, as Colin Hart, Director of the Christian Institute, a nondenominational Christian charity committed to upholding the truths of the Bible, believes that atheism has not been helped by militant campaigners like the scientist Richard Dawkins who is also the author of the book, The God Delusion.

Mr. Hart believes that Dawkins' hostile rhetoric has alienated as many people as it has won over.

So why have atheists fallen away from the "progressive" movement?

​Paul Z. Myers, a lecturer from the University of Minnesota — also an atheist — agrees that Richard Dawkins is correct in saying that atheism is as 'intellectually rigorous as it has ever been" and believes his viewpoints are just as sound as when he published The God Delusion, however Myers is concerned that the movement has lost its way.

"My concern is that we have lost the heart of the cause and all the New Atheist movement is about is saying that God doesn't exist and that's not enough," Mr. Myers told Sputnik.

"The New Atheist movement was established on the basis that there is no God and that is not really something that reaches out and grabs people. I think we have squandered the effort to develop a deeper meaning. If there is no God, we need a better foundation for morality, we need human interactions and atheists just haven't grasped that yet," Mr. Myers added.

Mr. Myers' views are not isolated. Colin Hart also feels the atheist movement has somewhat lost its way and this is down to the fact that Dawkins and his peers have given it a bad name.

"There is no meeting of minds. In Dawkins' book, The God Delusion, he claims its child abuse if you bring up a child to believe in God and he argues that it's worse than the sexual abuse that took place in the Catholic Church," Mr. Hart told Sputnik.

This viewpoint was echoed by Mr. Myers, who claimed that many people had fallen away from the New Atheist movement which once upon a time was considered progressive.

"What is happening is that a number of us are falling away and it's because the New Atheist movement doesn't give us that peace. Some people tried to start a new movement called Atheism Plus, in an effort to combine concern for our social needs and it got shattered by the New Atheist as it was seen as repelling. People don't want to repeat the same mistake, Mr. Myers told Sputnik.

He argues that the movement has also become associated with Islamophobia, which has unfortunately put people off.

"The New Atheist movement was driven by the September 11 attacks, but now it's evolved into something else that says, ‘we hate those people with foreign ideas,' and this is not what atheism is all about," Mr. Myers added.

However, others have called Dawkins and his atheist followers an "intellectual bunch of men," who are a necessary part of the debate as their aim is to question and challenge religious groups.

Sources that have supported the movement believe it has driven solid debate amongst atheists and people from all religious backgrounds.

Robyn Blumner, Executive Director of the Richard Dawkins Foundation for Reason & Science, said that to suggest that atheists are narrow-minded, prejudiced or supportive of white, male privilege is to ignore the evidence.

Mr. Blumner said that the pro-atheist organization does tremendous good for women's equality and the civil rights of Muslims, as well as spreads humanist values in the United States and abroad.

"In just the last handful of years we have been at the forefront of the major civil justice causes of our time. It is why in 2015 we were the only secularist group to be invited to join the Know Your Neighbor interfaith coalition, launched at the White House. It is why we were a proud and welcome participant in the Women's March on Washington in January," Mr. Blumner told Sputnik.