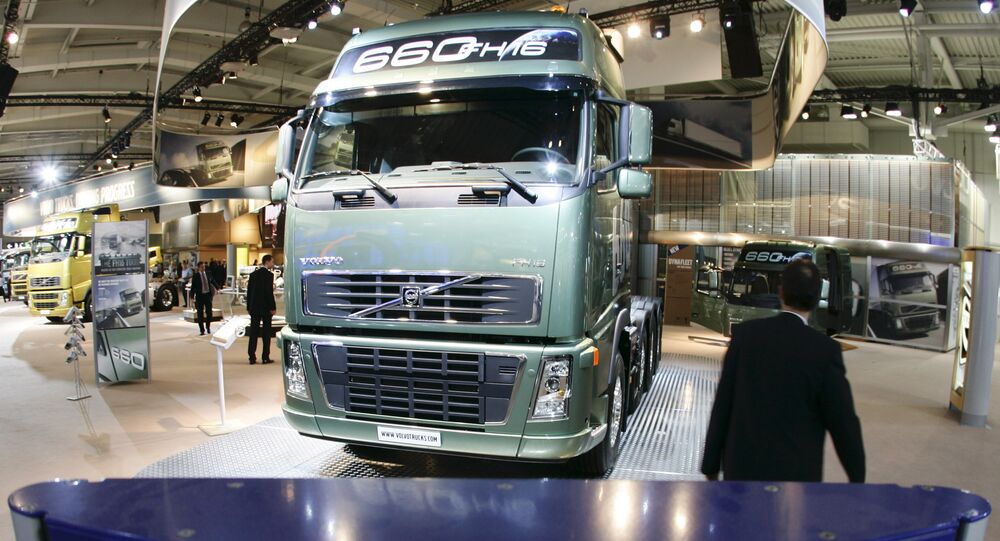 Sweden gladly sees itself as a champion of human rights and an apostle of equality. Whereas Sweden's image as one of the most equal countries in the world is well justified, Stockholm's countless anti-bias initiatives and anti-discrimination efforts prove an increasing burden for the country's tax-payers.

© CC BY-SA 2.0 / Flazingo Photos / Handshake man - women
Gender Equality Meets Muslim Handshake Morality Issue in Sensitive Sweden
Feminist trucks that are "better suited for women," a new system for "greater equality in banking" and design solutions "for a more equal firefighting." These are only some of the new projects scheduled to receive tax money from the government authority Vinnova, which promotes "anti-bias innovations."

Vinnova's vision is to make Sweden a world-leading country in research and innovation, as well as an attractive place for investors and entrepreneurs. At present, the company is running seven specific anti-bias projects to "develop innovative solutions that are inclusive and accessible." In total, the projects will receive 16 million SEK (roughly $2mln) in government support, Swedish news outlet Fria Tider reported.

"By taking more things into perspective and questioning what is often taken for granted, new solutions can be developed, therefore we focus on innovation linked to criticism of the norm," Sophia Ivarsson, administrator at Vinnova, said in a press release.

Developed for the long-haul transport requirements of the future! https://t.co/KyDluTycO1 pic.twitter.com/XEyD72SMZA

© AFP 2021 / ALEXANDER DROZDOV / INTERPRESS
Swedish Army Uses Gender-Bending Handbook to Teach Soldiers About Equality
The most crying example is a joint "norm-critical" innovation project by Volvo Trucks and Örebro University. According to the press release, trucks have traditionally been designed for male drivers. The project's goal is therefore to "increase the anti-bias of Volvo's innovation process" and thus "contribute to a more inclusive transportation industry." At present, only four percent of Swedish truck drivers are women. However, the percentage of women among newly recruited drivers has risen to nine percent to the joy of Swedish feminists. All in all, the "feminist" truck project will receive 2.5 million SEK ($300,000) from the government, despite the fact that it is yet unclear how it will benefit female drivers in the long run.

​Another project, characteristic of the Swedish obsession with reaching total equality, involves "norm-critical" banking by Luleå University of Technology.

© Flickr / A3X
Resting in Peace: Sweden Gets First Religion-Neutral Cemetery
With notions like "anti-bias," "norm criticism," "inclusion" and "equality" being part of the media and the political establishment's parlance, Sweden spares no effort in eradicating all forms of bias, no matter how minor it may seem.

A telltale instance of this campaigning is the 2014 decision by Gothenburg Municipal Cultural Committee to name more streets after women to "reflect a more multicultural Gothenburg." The committee tightened its rules after it was revealed that only 14 percent of Swedish streets were named after women.