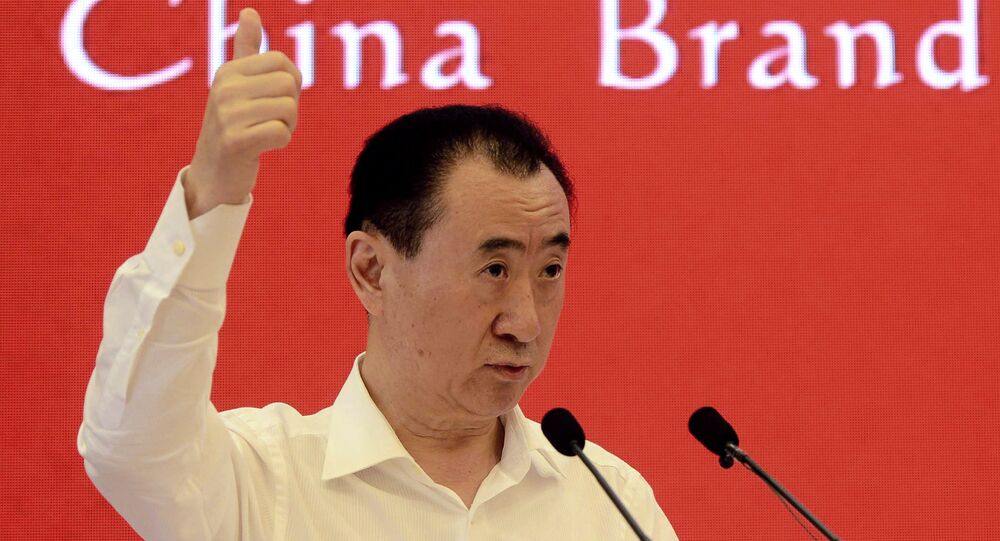 China has outdone the United States in the number of billionaires.

MOSCOW (Sputnik) — The number of billionaires in mainland China exceeds that of their peers in the United States by 59, making China lead with a total of 594 billionaires, according to a 2016 Rich List published by the Hurun Report media group on Thursday.

"Mainland China has 594, down 2 from last year; HK, Taiwan and Macao have 94; and there are 66 others in the world, mainly in SE Asia. This compares with 535 billionaires in the US," Rupert Hoogewerf, the Hurun Report chairman, was quoted as saying in a press release accompanying the Rich List.

© Flickr / Stacy Clinton
Money Talks: Chinese Pour $110 Billion into American Real Estate
At the top of the list comes Wang Jianlin of Dalian Wanda, the real estate and entertainment mogul retained his spot at the top despite a two percent loss, with a total wealth of $32.1 billion. He comes ahead of Jack Ma of Alibaba who scored a 41 percent surge in his wealth but still came in second with a net worth of $30.6 billion. The third place went to Pony Ma of Tencent with a total wealth of $24.6 billion despite donating $2.1 billion last year.

Yao Zhenhua of Baoneng recorded the biggest rise this year, jumping up 200 places to reach the fourth place on the list, increasing his net worth by nine folds with an total of $17.2 billion. Beijing real estate queen Chen Lihua is leading the list of the most successful business women. Ninety-five percent of China's richest are self-made.

© Flickr / leighklotz
Chinese Alibaba Boosting Investment in US Market
The report showed that despite a 20 percent drop in domestic stock markets and slowdown in the economy, 179 new names where added to the Hurun Rich List to lift the number to 2,056 individuals, which is double the number registered three years ago. Beijing is still the city of preference for China's richest followed by Shenzhen and Shanghai.

Hurun Report's rich list is considered to be the most popular and accurate assessment of wealth in China.

Billionaire Blunders or the Best of Bill Gates