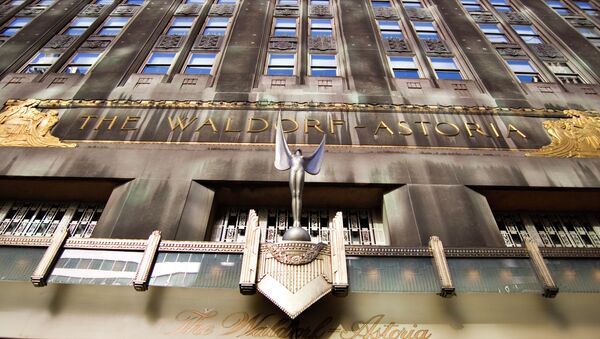 © Flickr / Stacy Clinton
Subscribe
According to a recent study, a surge of Chinese citizens have bought American real estate over the last five years, representing an estimated $110 billion into the market.

According to the study by Asia Society and Rosen Consulting Group, Chinese citizens have been increasingly purchasing American real estate over the past five years, culminating recently in an especially sharp spike last year.

The study suggests that this enormous investment has played a significant role in the US real-estate market recovery, following an economic crisis that came into full force in 2008.

Chinese Companies May Invest Up to $200Mln in Russian Internet Segment

Analyzing the preferences of investors, the study notes that Chinese buyers take part in every real estate category, including homes and commercial property.

The homes, however, appear to be the priority, representing an estimated $93 billion over the last five years. The commercial property sector purchased by Chinese citizens during the same period gathered about $17 billion, despite making headlines with high-profile deals, including Anbang's 2015 acquisition of the Waldorf Astoria in New York for $2 billion..

Notably, these numbers do not include purchases made through front companies or proxies who do not disclose their clients.

Chinese purchases amass in expensive markets, such as New York, Los Angeles, San Francisco, Seattle and others, the study says. The average purchase was worth some $800,000 — twice that of the American average.

The purchases are made by some as a residence, other investors buy to rent or sell again.

The study expects increasing commercial real estate purchases in the United States by Chinese companies, the figure for the second half of this decade expected to double to $218 billion, despite efforts by the Chinese government to control the flow of capital abroad.