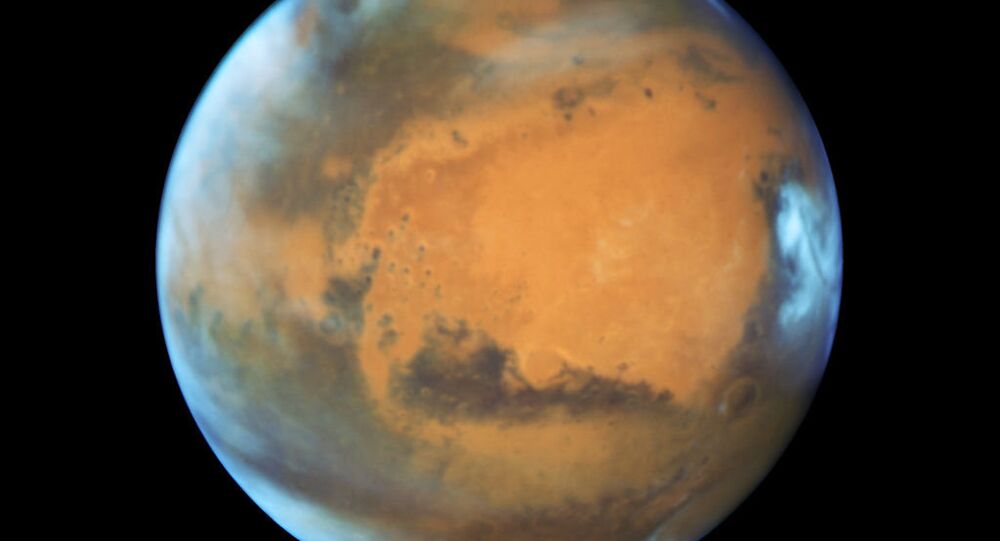 Researchers believe that 'dark streaks' around the canyons of Mars are the result of water under the planet's surface reviving hope that yet undiscovered Martian life may be teeming under the surface of the red planet.

NASA examined thousands of "dark streaks" on Mars which might have formed due to liquid water, ice or vapor according to researchers. The study gives “additional support for the notion that significant amounts of near-surface water can be found on Mars today,” and suggests that the red planet may be teeming with yet undiscovered lifeforms.

The agency posted a series of photographs obtained from the Valles Marineris region near the planet’s equator which decit numerous dark lines encapsulating the planet’s canyons.

"There are so many of them, it’s hard to keep track," said Matthew Chojnacki of the University of Arizona’s Lunar and Planetary Laboratory in Tucson and the lead author of the new report in the Journal of Geophysical Research: Planets.

The scientists referred to the dark streaks as RSL – a special term given to the lines given that researchers have yet to confirm that they are formed by water beneath the planet’s surface.

"Collectively, results provide additional support for the notion that significant amounts of near-surface water can be found on Mars today and suggest that a widespread mechanism, possibly related to the atmosphere, is recharging RSL sources," the scientists wrote in the press release.

The scientists went on to say that the streaks are more “widespread than previously recognized” and “if they are indeed associated with contemporary aqueous activity, that makes this canyon system an even more interesting area than it is just from the spectacular geography alone.”

The scientists went on to explain that if their theory is correct there could be as much as 10 to 40 Olympic-size swimming pools worth of fine Martian water creeping up to the surface to create the dark streaks. That is based on a hypothesis that salts on the ground floor may have pulled water vapor from the Martian atmosphere creating “liquid brine” on the ground surface.

"There do seem to be more ways atmosphere and surface interact in the canyons in blander topography, such as clouds trailing out of the canyons and low-lying haze in the canyons," said Chojnacki. "Perhaps atmosphere-surface interactions in this region are associated with the high abundance of recurring slope lineae. We can’t rule that out, but a mechanism to make the connection is far from clear."

Another possibility, the scientists believe, is that the dark streaks could be formed by subterranean ice burrowed just under the surface of Mars.