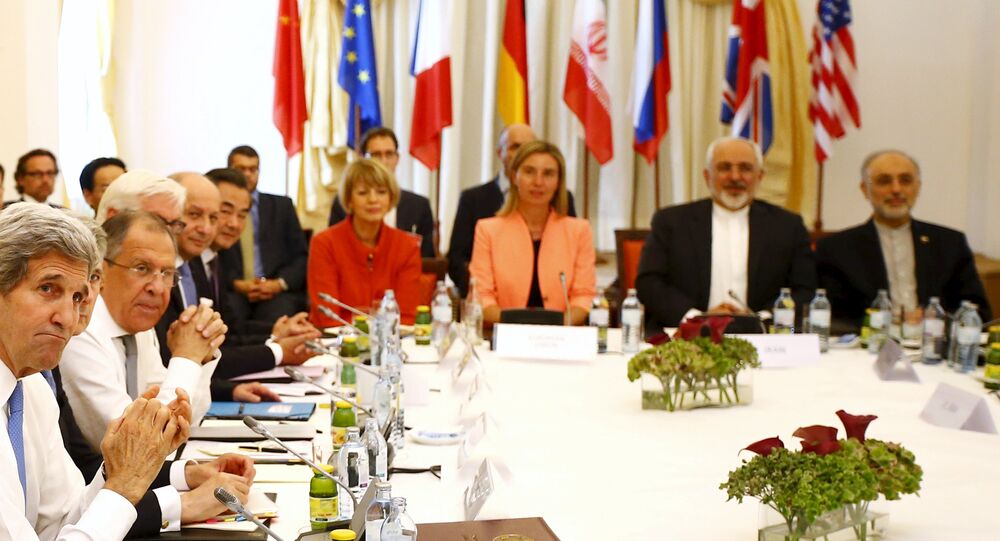 The US Jewish community does not unanimously back the Israeli government's stance on the Iran deal, a diplomat said.

© Flickr / Neal Wellons
Iran Sanctions Relief to Initially Benefit US Oil, Finance Sectors - Lawyer
MOSCOW (Sputnik) — The Jewish community in the United States is not united in its support of the Israeli government position on the Iran nuclear deal, reached in July by Tehran and the P5+1 negotiators, Israeli media reported Thursday, citing the country's consul general in Philadelphia, Yaron Sideman.

"At this crucial point of the Iranian issue – which for years has been at the core of Israeli foreign policy and was described countless times by the Israeli leadership as an existential threat – the Jewish community in the United States is not standing as a united front behind Israel and important parts of it are on the fence," Sideman wrote in a classified message to Jerusalem, obtained by the Haaretz newspaper.

According to Haaretz, Israeli Foreign Ministry officials said that the views expressed by Sideman had been repeatedly voiced by other Jewish leaders in the United States.

© REUTERS / Ammar Awad
Netanyahu Accuses Iran of Creating Terrorist Network on Five Continents
A majority of US Jews identify with President Barack Obama and the Democratic Party and are "very reluctant" to voice opposition to the deal, viewed globally by most as the best peaceful option for Tehran's nuclear program.

On July 14, Iran and the P5+1 group, comprising China, France, Russia, the United States, the United Kingdom and Germany, reached an agreement to ensure the non-military nature of Iran's nuclear program in exchange for the easing of sanctions against the country. Under the deal, Tehran pledged to never attempt to acquire nuclear weaponry.

Israel has long been in opposition to negotiation in any form with Iran, stating that the Western concessions to Tehran pose an existential threat.

US to Instantly Find Out if Iran Violates Agreement - Kerry