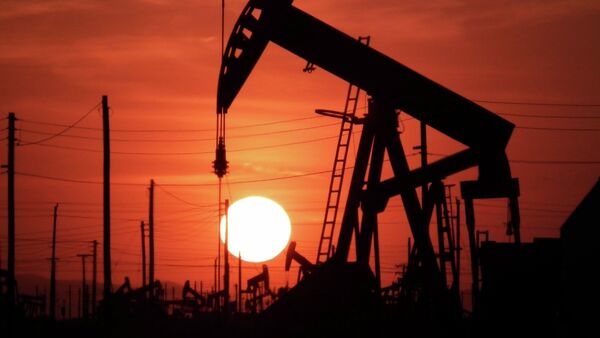 © Flickr / Neal Wellons
Subscribe
International
India
Africa
Dorsey and Whitney international business attorney Lawrence Ward claims that the finance and oil industries could be the first business sectors in the United States to profit from Iran sanctions relief, although foreign companies will reap most of the immediate benefits.

WASHINGTON (Sputnik) — The finance and oil industries could be the first business sectors in the United States to profit from Iran sanctions relief, although foreign companies will reap most of the immediate benefits, Dorsey and Whitney international business attorney Lawrence Ward told Sputnik.

“The two sectors that may feel a little relief on the US side, at least initially, are in some ways US financial institutions. The US oil and gas sector…may also feel some impact of the changes,” Ward, who regularly represents clients on trade regulations before the US Commerce, State and Treasury Departments, said on Tuesday.

On July 14, Iran and the P5+1 countries comprised of the United States, Russia, China, France and the United Kingdom plus Germany, reached a comprehensive agreement to ease international sanctions against Tehran if the country scales back its nuclear program.

Netanyahu Accuses Iran of Creating Terrorist Network on Five Continents
Ward explained that the doors will not be “thrust wide open” to US companies immediately once Iran’s economic restrictions are lifted because most sanctions are designed to relieve market access obstacles for foreign corporations.

American companies will eventually start benefiting if Congress approves the Iran nuclear deal and all of its terms are implemented as designed, Ward continued.

“US businesses should feel the doors are going to open much wider at that point,” Ward added. “Assuming Iran agrees to all of their requirements for the next 8 years, if everything goes smoothly…which is a big question mark.”

Ward also said he was worried that Congress has played such an active role in finalizing the Iran nuclear agreement because any major shifts in the US political landscape could bode ill for the future of sanctions relief.

“There is a lot that can happen in the next eight years to derail this [Iran nuclear agreement]… so it remains to be seen where it is going to go,” Ward concluded.

Last Thursday, US Senator and presidential candidate Marco Rubio claimed that US sanctions relief tied to the Iranian nuclear deal will not be extended beyond US President Barack Obama’s term in office.

US Congress has now less than 60 days to fully review the nuclear agreement with Tehran, during which time US President Barack Obama cannot waive or suspend congressional sanctions against Iran that are currently in place. Obama can veto the bill if the deal is rejected, which in turn can be overridden by a two-thirds majority in Congress.