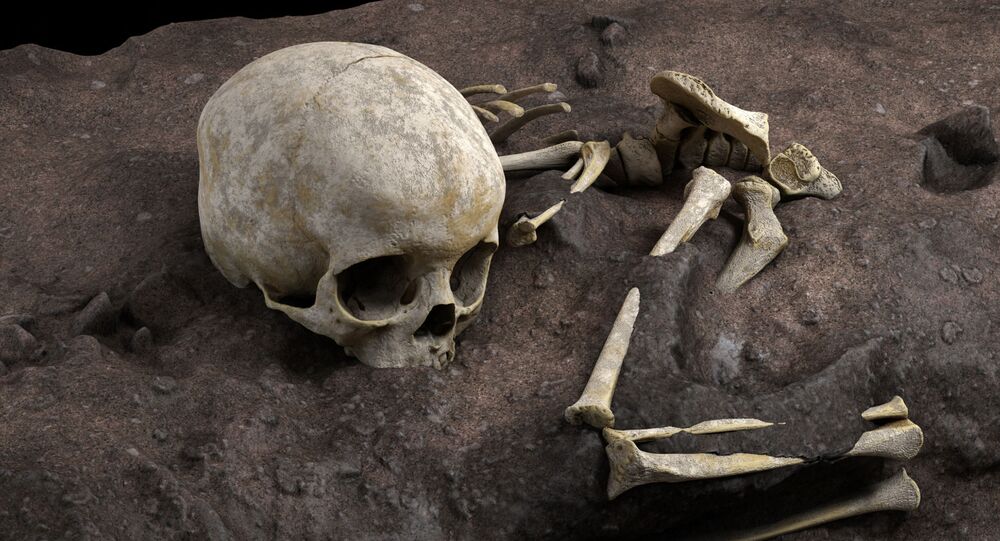 Among the oldest meaningful human burials in the world are discoveries of bones of a mother and her child at Qafzeh cave in Nazareth, Israel, along with other findings in Europe and Asia thought to date back 120,000 years.

Archaeologists have discovered what they believe to be Africa's oldest human burial, the remains of a three-year-old child laid to rest around 78,000 years ago, according to the research published in Nature journal on Wednesday.

The child's grave was discovered at the mouth of the Panga ya Saidi cave site along the coastline of southeastern Kenya. The bones were found in 2013, but scientists did not realize the scale of what they discovered until 2017.

“At this point, we weren’t sure what we had found. The bones were just too delicate to study in the field,” Emmanuel Ndiema of the National Museums of Kenya said. “We had a find that we were pretty excited about - but it would be a while before we understood its importance.”

The buried toddler was nicknamed "Mtoto", which is "child" in Swahili. According to the scientists, the remains turned out to be "astonishingly preserved".

"We started uncovering parts of the skull and face, with the intact articulation of the mandible and some unerupted teeth in place," explained Professor María Martinón-Torres, director at CENIEH. "The articulation of the spine and the ribs was also astonishingly preserved, even conserving the curvature of the thorax cage, suggesting that it was an undisturbed burial and that the decomposition of the body took place right in the pit where the bones were found."

The researchers said that Mtoto's body was found lying on the right side with knees drawn toward the chest - something that represents a tightly shrouded burial with deliberate preparation. Martinón-Torres noted that "the position and collapse of the head in the pit suggested that a perishable support may have been present, such as a pillow, indicating that the community may have undertaken some form of funerary rite."

While the Kenyan site where Mtoto was laid to rest can be Africa's oldest burial site, scientists around the world discovered have sites that are believed to be between 90,000 and 130,000 years old.