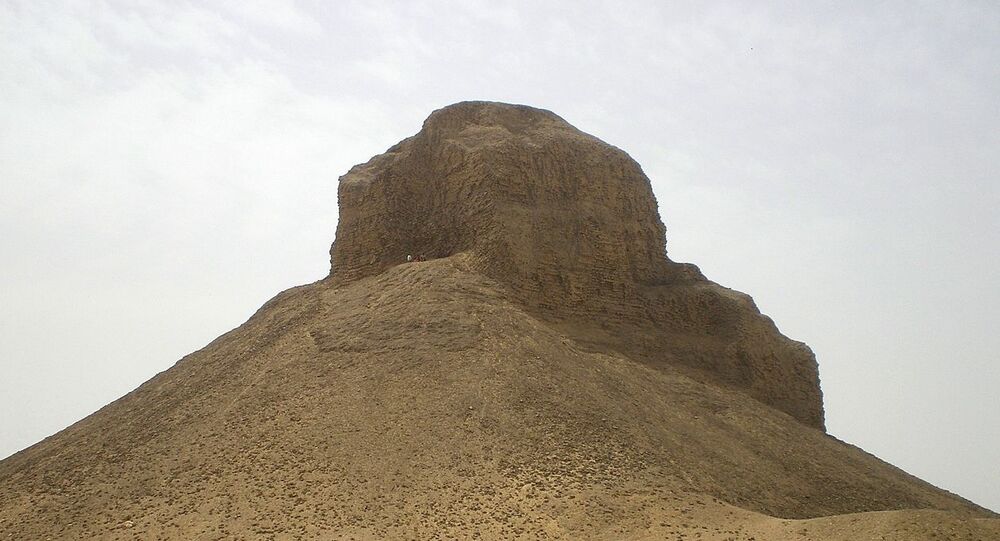 The mystery around the construction of the oldest and only surviving 'seven wonders of the world' has persisted for centuries. In a bid to unravel the secrets, researchers have forwarded wild theories, including advanced alien brainpower and the efforts of the mythological Titans.

French materials scientist Joseph Davidovits believes that the blocks that constitute the iconic Egyptian pyramids were not quarried before being transported to Giza, but rather cast from limestone concrete with the help of wooden molds, Today I Found Out reported.

This, he argued, would have made it possible to arrive at the unrivalled precision and super-thin seams between the gigantic blocks, as the initially liquid state of the ancient concrete would have made them more or less self-levelling.

Davidovits, made Chevalier de l’Ordre National du Merite by French President Jacques Chirac in 1998, believes the nature of soft local limestone effectively underpins his new theory, first proposed in 1974, that the constituent parts of the pyramids were not cut and moved on sledges or special log rollers, but more likely “poured”.

Even more so, he noted, the limestone in the pyramid blocks was different from the material discovered at neighbouring quarries where it would have ostensibly originated.

Natural Egyptian limestone contains around 96-99% calcite and 0.5-2.5% quartz, dolomite, gypsum, and iron-alumino-silicate, but the pyramid blocks have 85-90% calcite, as well as extra minerals such as opal, hydroxyl-apatite, and others, Davidovits noted.

Based on this and other evidence, Davidovits arrived at the conclusion that the pyramid blocks are composed not of natural limestone, but rather a reconstituted geopolymer – a type of ancient Egyptian concrete. His finding has attracted a barrage of criticism since it's publishing in 1988.

In his laboratory, the researcher succeeded in recreating a reconstituted limestone geopolymer using only four ingredients deemed easily accessible to ancient Egyptians: water, crushed limestone, quicklime, and natron, a mixture of salt and sodium bicarbonate found on the banks of the Nile and widely used in mummification.

Yet, with many pointing to, vice versa, the same composition of limestone at quarries and in the 2500 BC monuments, Davidovits’ idea has been formally dismissed, with the research community zeroing in on anything – from the grand transportation theory to the one about alien intelligence allegedly responsible for Egypt’s surviving landmarks.