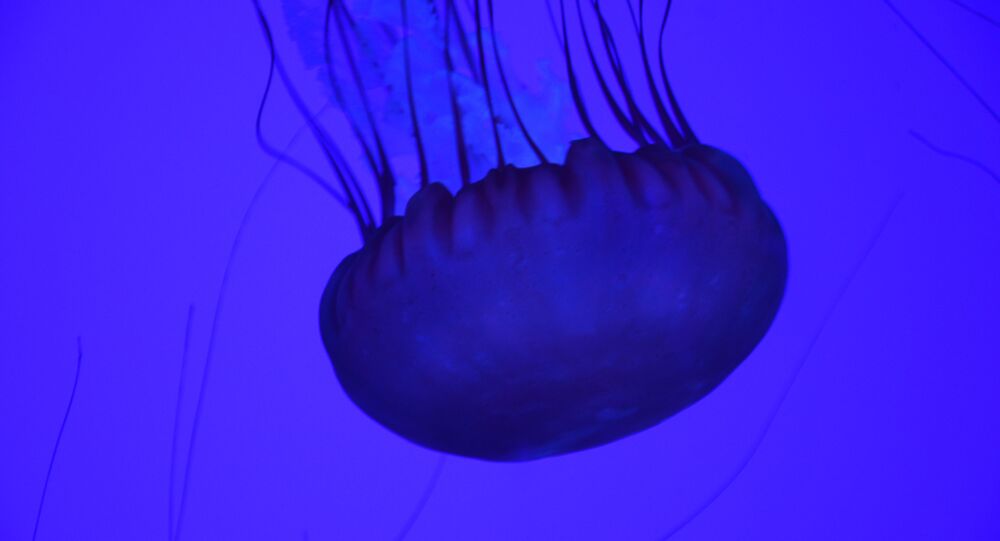 The researchers said their creation was inspired by the Aurelia aurita, or moon jellyfish. The robot moves underwater like a squid or a jellyfish would. This technique was chosen deliberately as the scientists wanted to abandon propellers, which could damage sea life when moving through water.

British scientists have invented an AI jellyfish that is intended to help when searching for shipwrecks, as well as other things in places that are difficult to access. Researchers at the University of Southampton and the University of Edinburgh developed a “soft-shelled” robot that swims 10 to 15 times more efficiently with the help of the new design, which the scientists called a "propulsive bell", than submersibles driven by propellers. The researchers say this is the first time that such a technique has been used as a form of propulsion in a marine robot.

"Previous attempts to propel underwater robots with jetting systems have involved pushing water through a rigid tube but we wanted to take it further so we brought in elasticity and resonance to mimic biology", says co-author Thierry Bujard from the University of Southampton. "I was really surprised by the results, I was confident that the design would work but the efficiency of the robot was much greater than I expected".

Because of the fact that the scientists have discarded the old design based on propellers, they say that one day the robotic jellyfish could be used for studying sea life and fragile environments, such as coral reefs or archaeological sites.

"There are still many challenges and exciting possibilities to explore with soft underwater robotic technologies", says Dr Gabriel Weymouth from the University of Southampton. "We are now looking to extend the concept behind this robot to a fully manoeuvrable and autonomous underwater vehicle capable of sensing and navigating its environment".

The robot jellyfish could also improve the lives of humans, as divers would no longer have to embark on perilous journeys, such as examining shipwrecks. One wrong move that disturbs the sand or mud and a diver can completely lose visibility, hampering or even preventing them from finding the way back.

The robot has so far only been tested in a water tank. The scientists say more work is needed to ensure that the AI jellyfish can withstand strong currents and waves, but the researchers say they expect to solve all the remaining issues during the next couple of years.

"Where we're looking at things that are sensitive, or expensive or delicate, all of those are really problematic", said Dr Gabriel Weymouth.

Scientists Hope to Soon Have Clues About What Mars Sounds Like