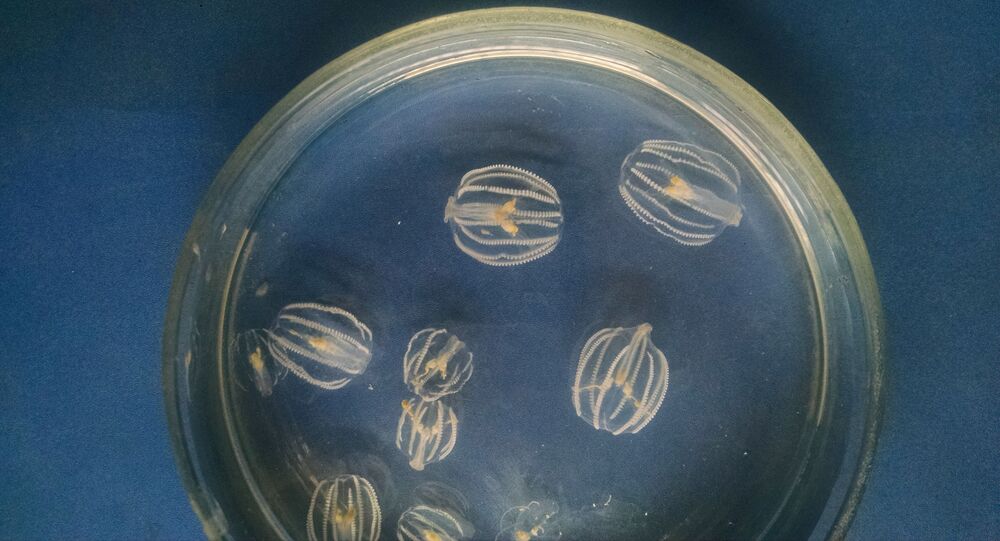 The see-through ciliae blobs were found scattered all around local beaches, with many of those strolling along the city’s coastline taking them for inanimate objects like sea glass.

Myriads of puzzling orbs, which look strikingly like small marbles, have washed up on the Californian coastline, blanketing almost the whole of Orange County, among other spots near Los Angeles, in recent days.

“The whole beach was covered. It was crazy. I’ve worked on the beach for 30 years, I’ve never seen them before … it was definitely something rare,” State Parks Officer Danielle Snyder shared with Southern California News Group.

The strange-looking blobs with strings of ciliae were eventually identified as sea gooseberries, or Pleurobrachia - a type of jellyfish that European herring typically feed on.

Calli Murray, owner of the jewellers Salty Soul Sea Glass, came across the sea gooseberries while beachcombing for some new sea glass samples.

“I thought it was a marble”, she said. “My husband picked it up, it turned out to be jelly like. I could see right through them, it was crazy”.