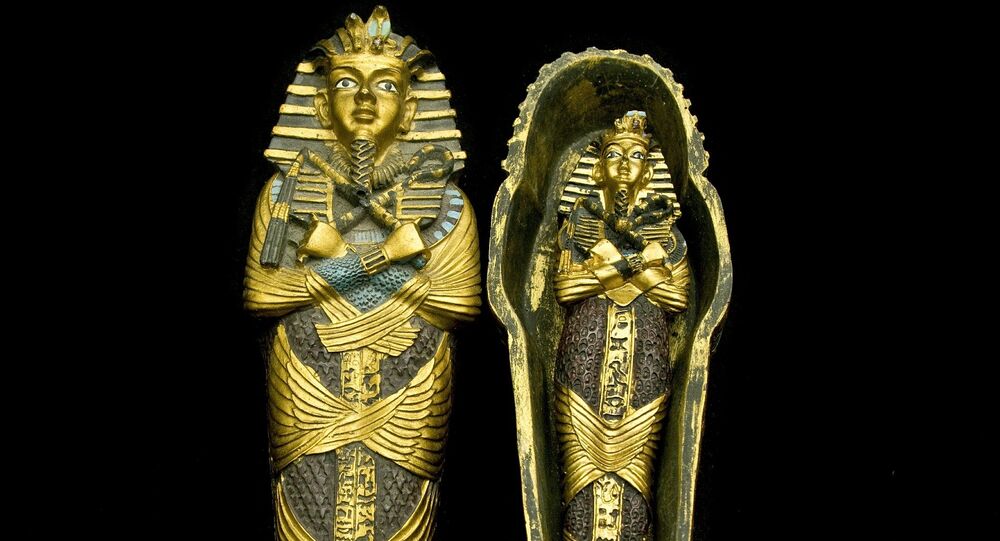 The ancient mummies of Saqqara were discovered in a rock-cut tomb in Egypt more than 400 years ago, and have kept a lid on their secrets up until now.

Three ancient mummies, the only known surviving 'stucco-shrouded portrait’ relics from an ancient Egyptian necropolis, Saqqara, have revealed their hidden mysteries to scientists.

Utilizing computed tomography (CT) scans, archaeologists from the Reiss Engelhorn Museum, Germany, have found out that a man in his twenties, a woman in her thirties and a teenage girl aged between 17 and 19 had suffered various medical problems and had died young for the period.

​The mummies, dating to the late Roman period (30 B.C. to A.D. 395) and found in 1615 by locals, were discovered to have been interred with artifacts likely deemed useful in the afterlife, such as jewellry, and coins to possibly pay Charon, the Roman and Greek deity believed to transport souls across the River Styx.

In at least one case, the organs, including the brain, were still in their body, says the study, published online on 4 November in the journal PLOS One.

Unlike other mummies, typically buried in coffins, these had been positioned on wooden boards, wrapped in a textile and "beautiful mummy shroud," and decorated with 3D plaster, gold and a whole-body portrait, according to study lead researcher Stephanie Zesch, a physical anthropologist and Egyptologist at the German Mummy Project at Reiss Engelhorn Museum in Mannheim, Germany.

Two of these “well-travelled” mummies are said to be slightly the worse for wear.

Pietro Della Valle (1586−1652), an Italian composer, had gone on a pilgrimage to the Holy Land and passed through Egypt in 1615. After hearing that two stucco-shrouded portrait mummies had been found by locals, he acquired them and brought them to Rome.

The German study says they became the "earliest examples of portrait mummies to have become known in Europe".

After passing through several owners after that, the mummies ended up in the Dresden State Art Collections in Germany. In the late 1980-ies they had been X-rayed, yet it was only the recent CT scan that brought fresh details to light.

The scans revealed several medical problems, such as arthritis in the woman.

Studies carried out on the male mummy revealed that the brain was not preserved, yet there was nothing to show that it had been removed through his nose. Nor were many embalming substances used.

Also found were metal objects suggested as likely seals from the mummification workshop. While the woman's brain wasn't preserved either, the teenager's was.

Despite it having shrunk, the cerebrum and brainstem were still identifiable, with other internal organs also intact.

"We are quite sure there was no removing the brain or the internal organs" from these mummies… It's very probable that those mummies were only preserved because of a kind of dehydration with the use of [the desiccation mixture] natron, but there is not a huge amount of embalming liquids," said Zesch.

Stephanie Zesch, who carried out the research with a multidisciplinary team from the German Mummy Project, the Dresden State Art Collections, the Institute for Mummy Studies at Eurac Research in Bolzano, Italy and the American-Egyptian Horus Study Group, added that the results of their studies had formed a basis for an interactive exhibit of the male and female mummy in Dresden.

Sphynx outside the Museum of Egyptian Antiquities, Cairo, Egypt pic.twitter.com/Y5D70iiedS

​The teenager's mummy is currently on display at Cairo’s Museum of Egyptian Antiquities, Egypt.