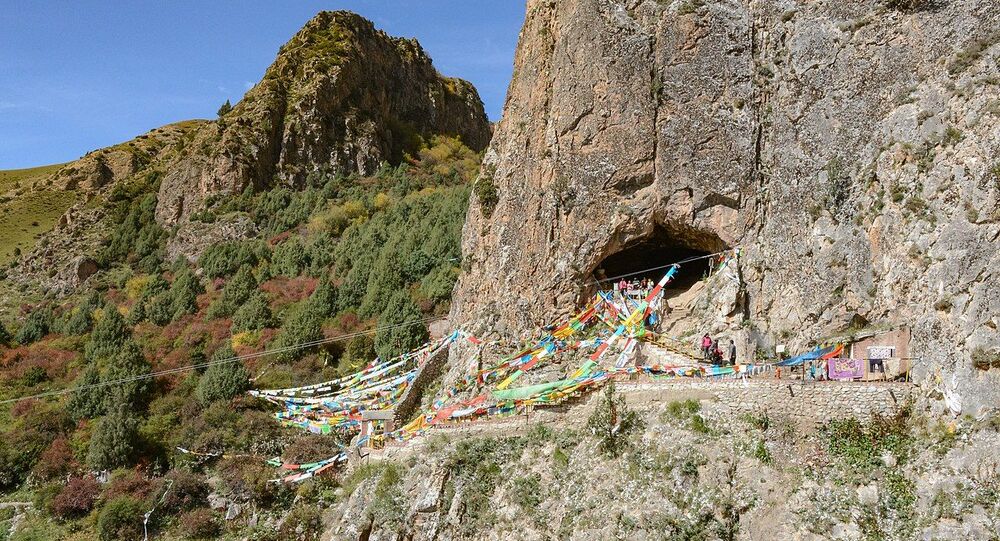 Scientists say their discovery supports the hypothesis that tens of thousands of years ago a group of ancestors of modern humans lived in a Karst cave in what is today known as China’s Gansu Province.

Chinese archaeologists have discovered DNA evidence of ancient humans in the Baishiya Karst Cave in Xiahe County. The DNA was retrieved from layers of sediment found in the cave. Last year, scientists discovered a fossilised human jaw there. Back then, they couldn't extract DNA from it, but after long research archaeologists came to the conclusion that the jaw belonged to Denisova hominins, commonly known as Denisovans, an extinct species of archaic humans. For scientists, the new DNA finding supports their theory about Denisovans.

"Filling an academic gap, it will greatly help us figure out the evolution of human beings in East Asia and the origins of modern humans", said Zhang Dongju, a professor from Lanzhou University in Gansu Province and a leading scientist in the programme.

Scientists praised the latest discovery, dubbing it China's biggest archaeological finding and noting that it has global significance.

"The challenging natural environment on the Qinghai-Tibet Plateau once made us think that human settlements appeared there relatively later, migrating from other places with better living conditions. However, we're now told that is not the fact", said Wang Youping, an archaeology professor at Peking University.

Dr Zhang and her colleagues started field research at the Baishiya Karst Cave in 2018 and a year later began excavations. Scientists unearthed 10,000 "specimens" such as stone tools and chopped and burned bones of animals, which they say is a sign of human activity. According to Dr Zhang, the latest discovery has revealed just the "tip of the iceberg" about the life of Denisovans.

Further research may shed more light on the ancestry of modern humans in China, East, and Southeast Asia. Scientists say more fossils of other species of archaic humans may be uncovered during future excavations.