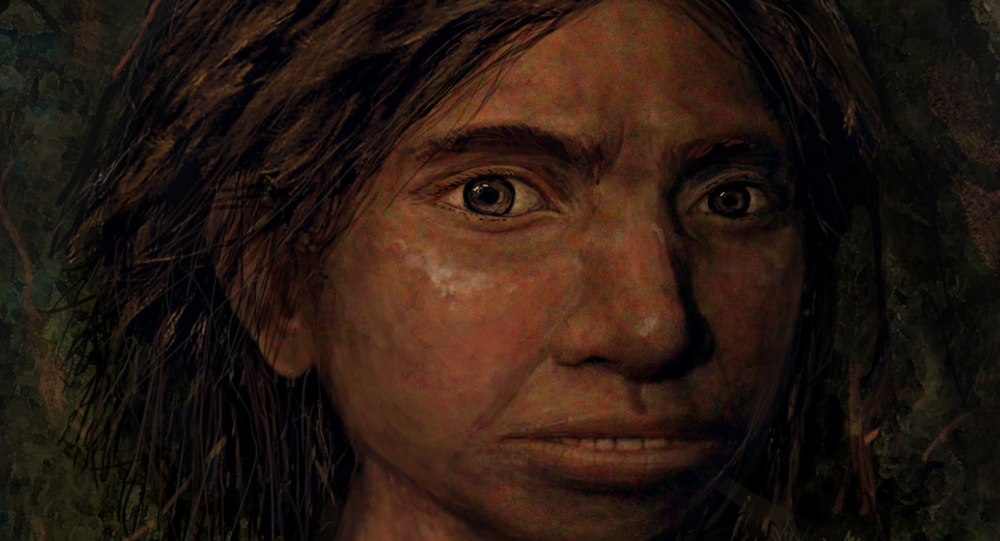 Using extracted DNA and a complex genetic technique called DNA methylation mapping, researchers at the Hebrew University of Jerusalem (HUJ) reconstructed the anatomical profile of a female Denisovan, who belongs to an extinct group of archaic humans that ceased to exist about 50,000 years ago.

A paper published Thursday in the journal Cell describes how archaeogeneticists Liran Carmel and David Gokhman from HUJ reconstructed the Denisovan species. The human relative appears to have had a broader face, less pronounced chin and a more protruding jawbone than the Neanderthal, another human relative that became extinct about 40,000 years ago. The findings also revealed that Denisovans most likely had wider pelvises than Neanderthals.

"We provide the first reconstruction of the skeletal anatomy of Denisovans," Carmel is quoted as saying in a recent press release.

To complete the reconstruction, the researchers used DNA from a Denisovan pinky finger recovered from Siberia’s Denisova Cave in 2010, where Denisovans are believed to have lived more than 200,000 years ago. The finger bone fragment is believed to have belonged to a Denisovan female who was about 13.5 years old when she died.

​Using DNA extracted from the finger, as well as DNA from two Neanderthals, the researchers performed a DNA methylation mapping, which refers to the process in which methyl groups (which consist of one carbon atom bonded to three hydrogen atoms) are added to DNA molecules, thereby altering gene expression.

“DNA methylation refers to chemical modifications that affect a gene’s activity but not its underlying DNA sequence,” Carmel explained to Gizmodo. After comparing “DNA methylation patterns among the three human groups to find regions in the genome that were differentially methylated,” the scientists searched for “evidence about what those differences might mean for anatomical features - based on what’s known about human disorders in which those same genes lose their function,” Carmel added.

Through the DNA methylation mapping process, scientists “can get a prediction as to what skeletal parts are affected by differential regulation of each gene and in what direction that skeletal part would change - for example, a longer or shorter femur," Gokhman explained in the press release.

Scientists also tested the accuracy of the methylation mapping process by implementing it on two species with known anatomy, namely the Neaderthal and the chimpanzee. The scientists found that 85% of the “trait reconstructions were accurate in predicting which traits diverged and in which direction they diverged.”

"Studying Denisovan anatomy can teach us about human adaptation, evolutionary constraints, development, gene-environment interactions, and disease dynamics," Carmel noted in the press release. "At a more general level, this work is a step towards being able to infer an individual's anatomy based on their DNA."