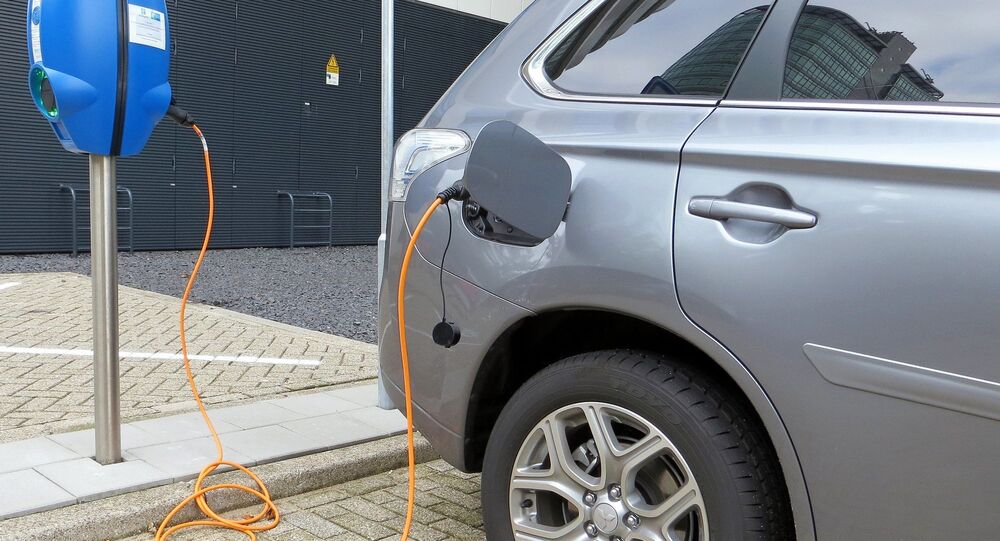 Taiwan-based iPhone maker Foxconn has launched a platform aimed at equipping automobile companies with services, planning to become the Android of electric vehicles. Foxconn hopes to get its new open-source platform into 10 percent of all electric cars in the world by 2025 or 2027.

Foxconn, the company that assembles Apple’s iPhone, unveiled on October 16 its own EV open-platform called MIH to be released to help automobile companies make electric cars as well as a 2024 plan for a solid-state battery pack and in-vehicle internet services.

​According to William Wei, chief executive of Foxconn, the company's main goal is to become the Android for electric vehicles, with reference to Google's mobile operating system.

“We believe that to be our mission,” he said.

© REUTERS / TOM BRENNER
Fox-conned? Wisconsin Denies Foxconn Tax Credits for Falling Short on Contract, Job Quotas - Report
Since the Android mobile operating system is open-source, smartphone manufacturers can use almost ready-made software on their smartphones, as well as customize it to their needs. By comparison, Apple's iOS is designed only for the iPhone and is tightly controlled by the Cupertino-based giant.

The platform will be modular and flexible to cover all the needs of automakers, allowing it to design large parts of the electric car that Foxconn will produce.

Foxconn is also planning to launch its so-called solid-state battery for electric vehicles in 2024 that could unlock further ranges and more efficiency and upgrade existing lithium-ion batteries used in cars.

Earlier this year, Foxconn worked to build supply chains in China and the US amid ambitions to diversify its global investments. Fiat Chrysler Automobiles later announced that it plans to partner with Foxconn to create electric vehicles and develop Internet-connected vehicles in China.

One of the world's biggest manufacturers Volkswagen Group with its Chinese joint ventures is planning to increase the manufacture of green transport vehicles in order to reach carbon neutrality by 2060.