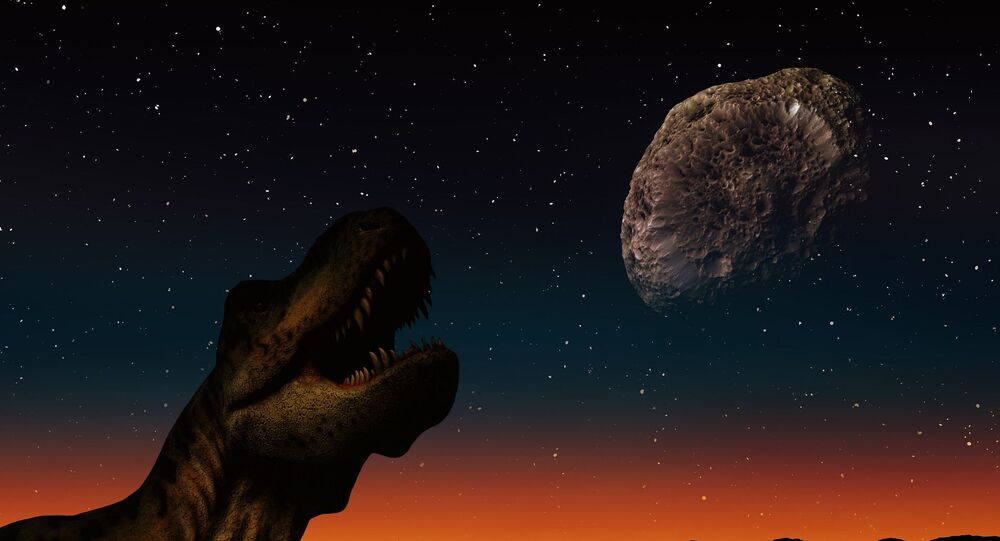 One of these days, avid sky gazers may witness a space rock over 100 metres wide approach Earth, but fortunately, scientists don't expect it to collide with our planet.

Asteroid 2014 QJ33, which NASA is currently keeping tabs on, is expected to enter Earth’s orbit on 17 September, whizzing by at a speed of around 19,371 miles per hour. What’s remarkable is its size – potentially exceeding London Bridge, and luckily, it is set to fly by Earth’s surface a safe distance - at least 1,592,819 miles – away.

More specifically, the space agency predicts the celestial body to be anywhere between 48 m and 100 m in width, while London’s top landmark on the river Thames spans roughly 104 metres.

The giant space rock – an Apollo asteroid - falls under the category of a Near Earth Object (NEO), which according to NASA’s classification, refers to any comet or asteroid that flies by our planet within 1.3 astronomical units (AU) - one AU is the average distance between Earth and the Sun.

A NEO is also a term used to describe "comets and asteroids that have been nudged by the gravitational attraction of nearby planets into orbits that allow them to enter the Earth’s neighbourhood."

Another synonymous, but narrower term no less frequently used is “potentially hazardous asteroid”, or PHA.
According to NASA, PHAs are currently determined based on the asteroid’s measured potential to make a dangerously close fly-by. In particular, all asteroids with a minimum orbit intersection distance (MOID) of 0.05 AU or less and an absolute magnitude (H) of 22.0 or less are defined as PHAs.

NEOWISE data suggests that there are 4,700 ± 1,500 potentially hazardous asteroids with a diameter greater than 100 metres in space.

Although the matter has historically attracted quite a few biblical end-of-the-world speculations, Earth hasn't seen an asteroid of apocalyptic scale since the space rock that wiped out the dinosaurs 66 million years ago.

The majority of tracked asteroids don’t come into direct contact with Earth's atmosphere, but in rare instances the giant space bodies can impact the work of weather systems.