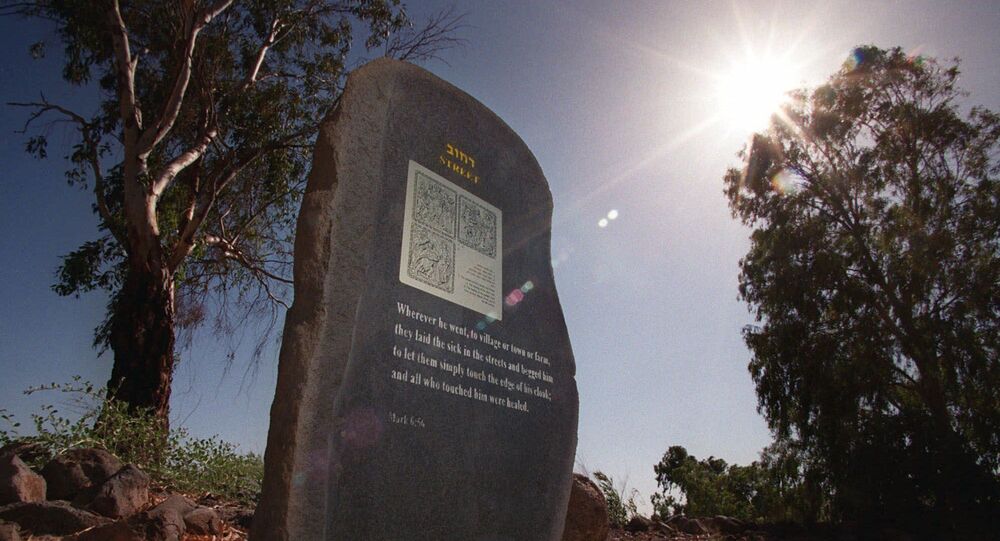 Site of City Where Jesus Performed Miracles and Walked on Water Has Been Found, Says Professor

According to Titus Flavius Josephus, a Romano-Jewish historian that lived in the first century CE, right after Jesus’ time, Bethsaida was located near the Jordan River. Other sources say the town was based on the eastern side of the Sea of Galilee. To this day historians still argue about the whereabouts of the town.

Rami Arav, a professor at the Department of Philosophy and Religion and Department of History at the University of Nebraska claims to have found the location of Bethsaida, also known as Julias, a place where Jesus Christ is said to have performed miracles – fed thousands of people with two fish and five loaves of bread, cured a blind man, and walked on water. In the Gospel of John Bethsaida is also mentioned as the hometown of Christ’s disciples Andrew, Peter, and Philip. For decades, Professor Arav has claimed that the location of the ancient town is at e-Tell, an archaeological site in the West Bank.

During excavations Arav and his team discovered monumental fortifications, food storage, and a city gate at the archaeological site, which scientists say date back to the Iron Age and claim they belong to the capital of Geshur, which later became Bethsaida.

Geshur is mentioned in the Bible several times, however, historians don’t know its whereabouts. Professor Arav notes that the Book of Joshua lists the cities surrounding the Sea of Galilee in a clockwise direction starting with the largest city Zer, and e-Tell is the largest of all sites surrounding a lake in the area. Zer, Arav claims, is the original name of Bethsaida. The scientists claim it should have been transcribed as tzed, which mean both hunting and fishing in Hebrew and Bethsaida literally translates as the house of hunting or fishing. Jesus’s disciples Andrew, Peter and Philip, who are said to have been born in the town, were fishermen.

Another potential location for Bethsaida is el-Araj, an archaeological site located close to e-Tell, a hypothesis promoted by Professor R. Steven Notley of Nyack College, New York and Mordechai Aviam of the Kinneret College on the Sea of Galilee.

Professor Arav, however, argues that el-Araj is nothing but a Roman camp and notes that Professor Notley and his team did not discover items from the Iron Age there.