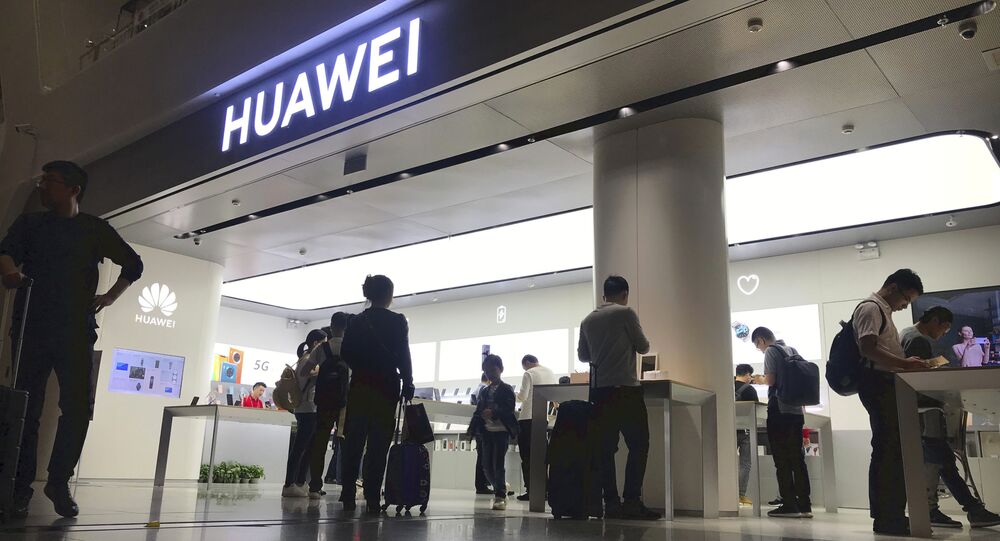 The Chinese firm designs its own chips via a Shenzhen-based subsidiary called HiSilicon, but the manufacturing is carried out by a Taiwanese company targeted by Washington's May anti-Huawei order.

Huawei is alleged to be running out of its own top-notch chips for smartphones as a result of US sanctions, leaving the company with limited options for future supplies, CNBC reported, citing a tech analyst.

Huawei may survive 2020, but the next two years could be very difficult, Neil Mawston, executive director of wireless device strategies at Strategy Analytics, told the edition, dwelling on how the curbed supply of chips could undermine the tech giant's status as the world's number one smartphone manufacturer.

The Chinese firm designs its own chips via a Shenzhen-based subsidiary called HiSilicon. But those crucial semiconductors, which go by the brand name Kirin, are manufactured by the chip producer Taiwan Semiconductor Manufacturing Company (TSMC), the report has, it stating the latter has been cut off from Huawei since Washington's decision in May to require US chipmakers to apply for licenses before selling their digital products to Huawei, earlier blacklisted by the White House.

To comply with the rule, any chips currently in production have to be sent to Huawei's factories no later than 15 September.

"This is a very big loss for us", Richard Yu, CEO of Huawei's consumer business, said Friday at an industry conference in China, as cited by the Associated Press.

"This year may be the last generation of Huawei Kirin high-end chips", he added, saying the company has "no chips and no supply".

According to Neil Mawston, Huawei is running out of options for sourcing chipsets for its smartphones, and the outlook is "bleak but salvageable".

He said there are 15 chipset suppliers in the world Huawei could work with but only five were "credible" solutions. The first possible option is to continue with the Kirin line of processors and eventually move to work with SMIC, China's biggest contract chipmaker, instead of TSMC. Other options consist of outsourcing to other companies - either Chinese, South Korean, or Taiwanese firms that are understood to be far behind TSMC in terms of technology, while China's SMIC uses American chips and is thus prohibited from doing business with Huawei.

© AP Photo / Ng Han Guan
In this May 18, 2020, file photo, a man wearing a face mask to protect against the coronavirus walks past a Huawei retail store in Beijing

Huawei is meanwhile among just a handful of top companies, including Samsung and Apple, that design their own chips for smartphones. This is one of the major reasons the Chinese technology behemoth has been able to find its market niche and grow exponentially in recent years.

The US blacklisted Huawei in 2019 following a debate on mounting concerns the tech giant could allow "back doors" in its high-end technology for Beijing and Chinese intel to spy on international users. The Chinese authorities and Huawei's top management vehemently denied the claims, welcoming independent checks and arguing that US attacks and sanctions are purely political.