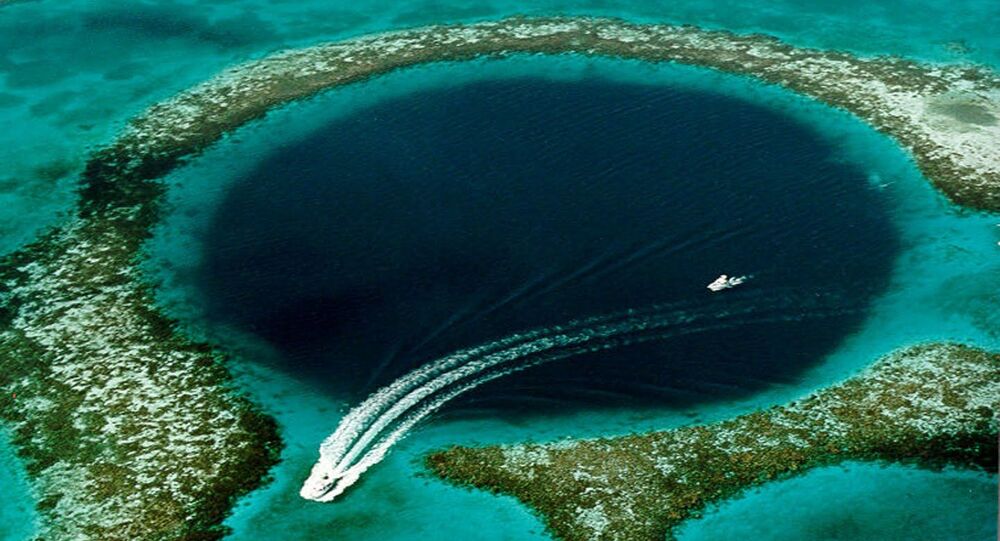 Blue holes are large caverns that form on the sea or ocean floor and are considered to be a marine equivalent of sinkholes or swallow holes that form on the earth’s surface. However, scientists don’t know much about blue holes, while the strange formations were discovered by fishermen and divers.

US scientists are preparing for a year-long expedition to study a mysterious blue hole in Florida. The expedition, carried out by researchers from the Mote Marine Laboratory, Florida Atlantic University, the Georgia Institute of Technology, the US Geological Society, and the National Oceanic and Atmospheric Administration, will focus on studying a blue hole known as the Green Banana, located 47 metres below the surface and which is very deep, with its bottom located at a depth of 130 metres.

The scientists hope that the mission will help answer the following questions:

The study of the Green Banana follows a similar study of another blue hole dubbed the "Amberjack Hole".

Divers and a benthic lander collected water samples from this blue hole. Scientists later found that the samples contained enormous amounts of dissolved inorganic carbon, which can support some kinds of life, including microbes. "These microbes may play an important role in the global carbon cycle by returning carbon into the environment in a form that other organisms can access", the US National Oceanic and Atmospheric Administration said.