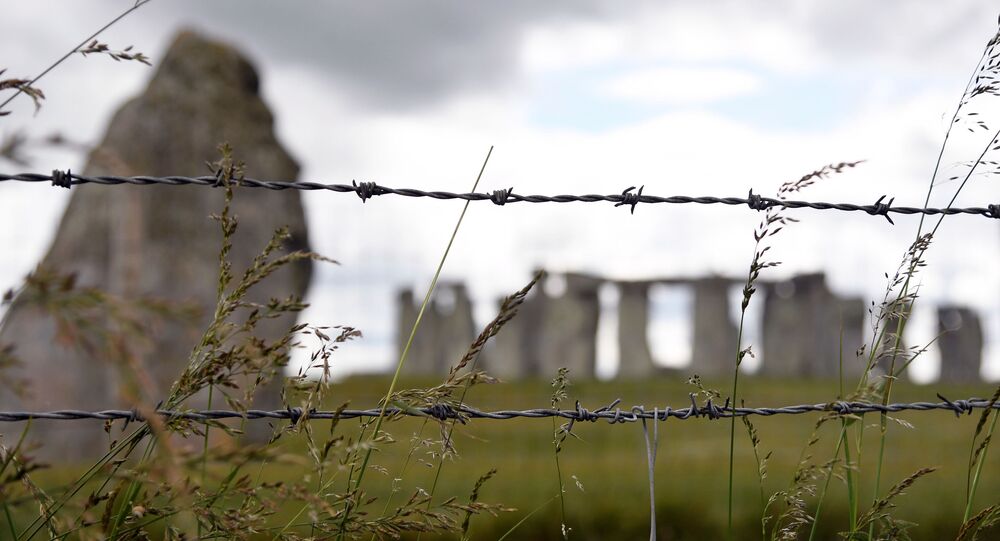 Stone Circle Around 4,500 Years Old Discovered in Vicinity of Stonehenge

A prehistoric monument in southwest England, dating back to almost 3000 BC, Stonehenge is also one of the most popular landmarks in the United Kingdom, regarded by many as a British cultural icon.

With the use of cutting-edge technology, researchers have discovered at least 20 prehistoric shafts 32ft wide and 16ft deep in the close vicinity of Stonehenge, in the Durrington Walls Neolithic site, where the builders of the famous monument might have lived, The Sun reported.

"Yet again, the use of a multidisciplinary effort with remote sensing and careful sampling is giving us an insight to the past that shows an even more complex society than we could ever imagine", said Dr Richard Bates, from the university's School of Earth and Environmental Sciences, praising the discovery.

Tim Kinnaird from the same university noted that "the sedimentary infills contain a rich and fascinating archive" of the environmental information that was previously unknown and praised the technology used for allowing the opportunity to explore it.

"With optically stimulated luminescence profiling and dating, we can write detailed narratives of the Stonehenge landscape for the last 4,000 years", Kinnaird said, cited by The Sun.

Dr Nick Snashall, a National Trust archaeologist for the Stonehenge and Avebury World Heritage Site, praised the unearthing of the new stone circle as a chance to know more about the story of the wider Stonehenge landscapeas well as the lifestyles and beliefs of "our Neolithic ancestors".

According to him, old-school methods and cutting-edge technology worked in symbiosis for this discovery.

"The Hidden Landscapes team have combined cutting-edge, archaeological fieldwork with good old-fashioned detective work to reveal this extraordinary discovery and write a whole new chapter in the story of the Stonehenge landscape", Snashall enthused.

Located in Wiltshire, England, Stonehenge is one of the world's most famous prehistoric monuments, attracting over a million visitors each year. A ring of standing stones, researchers continue to struggle to learn the origin and goals of the monument that dates back to 3000 BC.

Scientists Reveal How Stonehenge Could Have Been Built