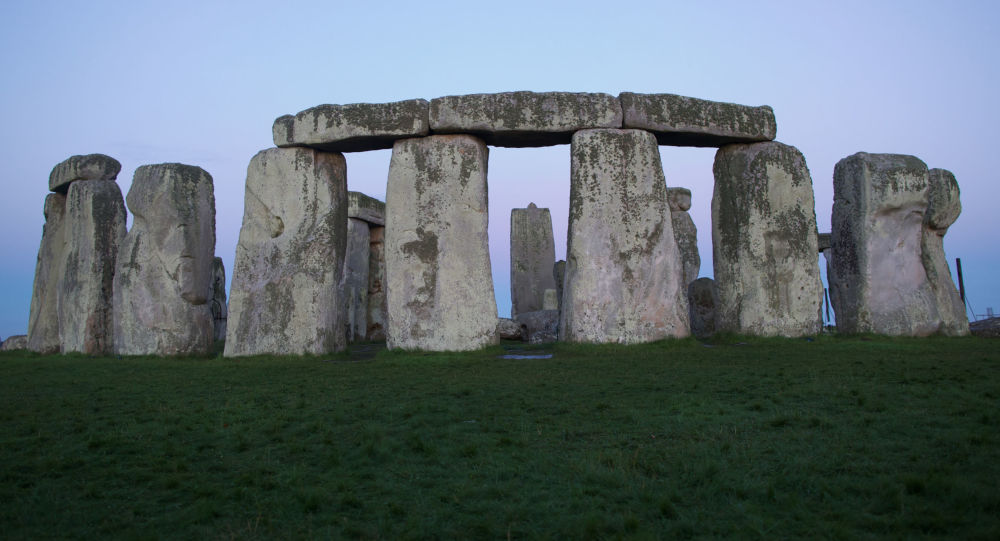 A 7,000-year-old megalithic monument, dubbed Spanish Stonehenge, has been discovered after one of Spain's hottest summers ever revealed the structure which had been buried under a reservoir for almost five decades.

NASA’s Earth Observatory investigated the reappearance of a 7,000-year-old Dolmen de Guadalperal monument with the use of the Landsat 8 satellite and published two pictures of the monolithic structure's area in different years, concluding that its reemergence is conditioned by the very low water levels in Spain's Valdecañas Reservoir after a summer of record drought across Europe.

The monument, now nicknamed Spanish Stonehenge due to its resemblance to the British dolmen, presents a large circle of about 150 standing stones, with some being more than 1.8 metres tall, taking the form of an open oval. The structure that allegedly was built in the 4th or 5th millennium B.C. was discovered in 1925 by German priest and archaeologist Hugo Obermaier, but no research about the site was published at that time and his discovery remained unknown. In the 1960s, former Spanish ruler Francisco Franco launched a civil engineering program in order to bring fresh water and hydroelectricity to the surrounding regions, which led to the creation of a manmade lake and the flooding of the site, submerging the monument in water for the next 50 years.

While it is the first time that the entire monument has been revealed to observers amid low water levels, experts believe that this situation will not last for long with the stones submerging again due to the approaching autumn season.

Some local groups are currently petitioning to move the entire historical site to the open air, however, it is believed that such a move would only accelerate the monument’s decay, according to archeologists.

Scientists suggest that the mysterious monolith, that allegedly supported a massive stone cup before, could have initially been constructed for ritualistic purposes.