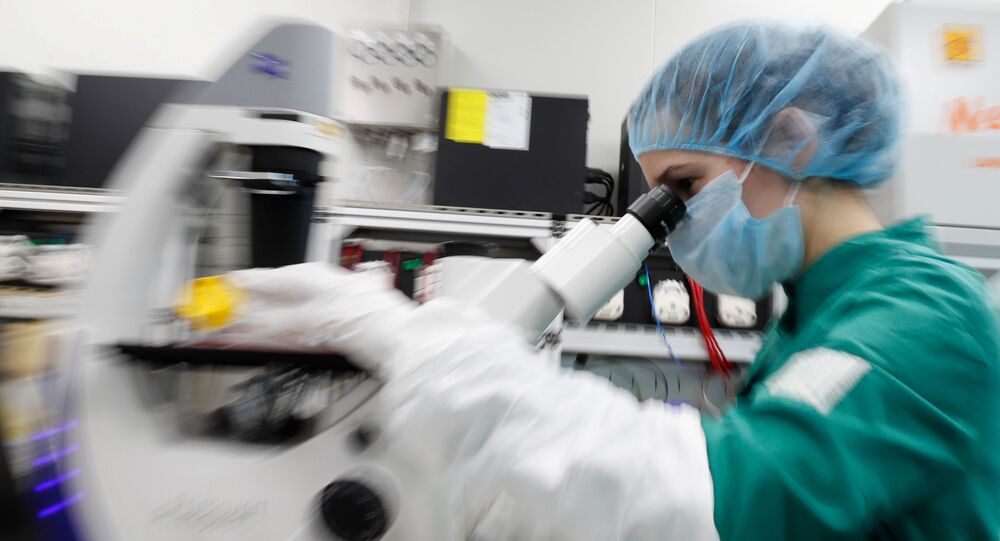 The entire global community is aiming to create a vaccine against the coronavirus. What should the perfect vaccine be? What are the consequences of the anti-vaccination lobby?

Scientists have discussed these and many other issues at an online meeting, organised by Russia’s Ministry of Higher Education and Science, the Russian Academy of Sciences, and the Scientific Russia portal.

Scientific studies and mass measurements that have been carried out in Moscow have shown that only 12-12.5 percent of the population have antibodies to the coronavirus, and this is not enough to form herd immunity.

A vaccine is needed that will provide the necessary pool of people with an immunological basis against the new coronavirus infection.

“Given such a wide scope of work and the interest of all states, we are confident that a vaccine will be created in the near future”, President of the Russian Academy of Sciences Alexander Sergeev said.

He believes that the speed factor is important not only because a rapidly created vaccine will prevent an even greater global spread of the virus and help fight a second wave of the epidemic, but it is also a competitive factor for scientific-technological complexes in different states.

Meanwhile, the WHO leadership has suggested that perhaps there wouldn’t be just one vaccine, but several, and they should be available to the whole world's population as soon as possible.

According to experts, Russia’s performance is quite decent: the country is developing various approaches to creating vaccines, there are many platforms; there are chains behind which there are real companies that have the potential to scale production.

Currently, four main types of vaccines are being tested globally: based on the virus’ modified versions (antiviral vaccine), viral vector-based, protein-based, and nucleic acid vaccines (based on RNA and DNA).

According to the WHO, scaling up the vaccine will be quite difficult, so it’s extremely important to fund as many different projects in this area as possible. Moreover, supplying the world with the vaccine will require the creation of new large production facilities.

Vitaliy Zverev, RAS member and head of the Microbiology, Virology and Immunology Department at First Moscow State Medical University, has urged the medical and scientific community not to rush and be more careful in forecasting the timing of the vaccine.

“We need to carefully study all vaccines for safety and efficacy. I’m scared by the statements that we can start mass vaccination in September. It’s absolutely impossible to do this within this time”, he said. In his opinion, each project has its advantages, but also its subtleties, which may not work, or even cause harm.

“We’ve already seen such cases: we cannot get into a situation that, for example, happened when creating a dengue fever vaccine, when hundreds of people died in the last stages of clinical trials; we cannot get into the situation that happened to the rotavirus vaccine when there was intestinal invagination in children”, the scientist recalled. It is impossible that the very idea of vaccine prevention was subjected to the slightest doubt, he stressed.

Meanwhile, Melita Vujnovic, the WHO’s special representative in Russia, recalled that any vaccine requires WHO prequalification. She encouraged all vaccine developers to become familiar with the prequalification process in advance.

“Despite the fact that the vaccine is highly necessary, its safety profile and potential effectiveness are extremely important”, she said.

“Spokes in the Wheels”

According to the WHO's special representative, the “anti-vaccination lobby” is growing in the world.

“It is everywhere. It is now fashionable to be a dissident, to be opposed to what seems to become 'from the centre'. The WHO has launched its website, and every day I get upset reading the comments saying that the vaccine will kill and cripple people. Although we all know that the vaccine is the main public health measure that has allowed the modern world to save the lives of children, reduce disability, and increase life expectancy. But it has somehow been forgotten. It seems that today the world is going a different way…” Melita Vujnovic noted.

© REUTERS / Athit Perawongmetha
‘Cautiously Optimistic’: Anthony Fauci Says US May Have Millions of Vaccine Doses by Early 2021
According to WHO experts, when developing a vaccination strategy, research is needed to understand the population’s behaviour.

“The anti-vaccine lobby and fake news about the vaccine will be very harmful to any vaccination. We need to understand what bothers people, maintain a constant dialogue with health workers, provide detailed information about vaccines (how they are made, what their safety profile is, etc.). We will need to involve diversified experts and invest in raising awareness about how important vaccination is”, the WHO special representative stressed.