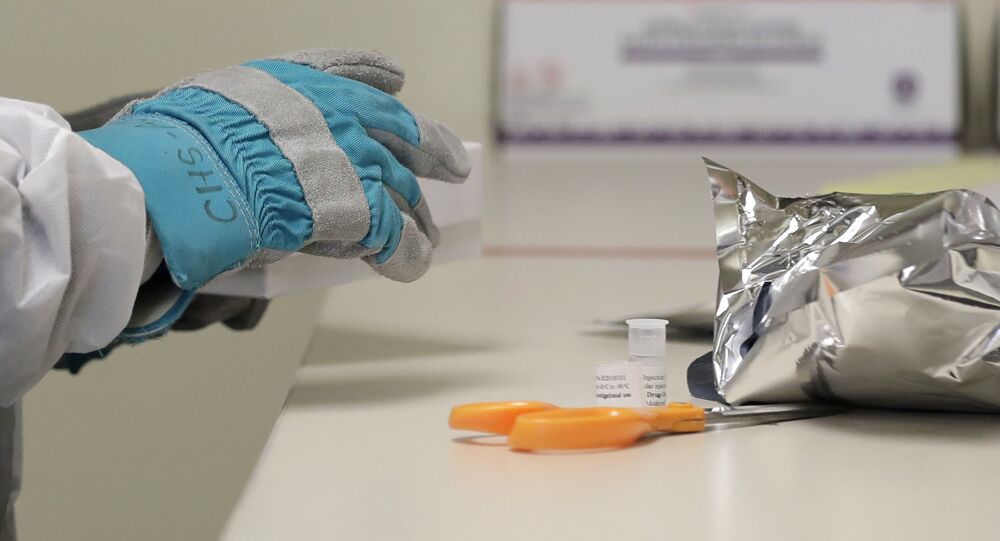 Scientists in countries around the world are racing against the clock to develop an effective vaccine for COVID-19, the novel coronavirus which originated in China in late 2019 and spread across the globe, causing millions of infections and wreaking havoc on the world economy.

The distribution of a vaccine, not its development, is the key challenge in the global fight against the COVID-19 pandemic, World Health Organization director general Tedros Adhanom Ghebreyesus has stated.

"The ultimate measure of success will not be how fast we can develop tools. It will be how equally we can distribute them. None of us can accept a world in which some people are protected while others remain exposed," the WHO chief said, speaking at a fundraising conference Monday which aims to raise at least €7.5 billion ($8.2 billion) for research into a vaccine and treatments for the coronavirus.

The US is not taking part in the event, which is also being attended by United Nations General Secretary Antonio Guterres.

Guterres called for the development and production of inexpensive testing kits, vaccines and treatments. "These new tools will help us to fully control the pandemic and must be treated as global public goods available and affordable for all," he said.

Scientists from around the world, including Russia, China, the United States and Europe have been working on potential vaccines against the virus since January, sequencing its genome and beginning lab testing. Questions remain however regarding when a safe COVID-19 vaccine can be delivered to market, with many observers believing it could take up to 18 months, or possibly even longer. US President Donald Trump has made a more optimistic prediction, however, saying Sunday that he believed a vaccine would be ready "by the end of this year."

Organizers of Monday's virtual fundraising conference include the European Union, the UK, Norway, Canada, Japan and Saudi Arabia. Ahead of the conference, leaders signed an open letter emphasizing their support for global vaccination efforts.

"We support the WHO and we are delighted to join forces with experienced organizations such as the Bill and Melinda Gates Foundation and the WellCome Trust," the letter noted. "If we can develop a vaccine that is produced by the world, for the whole world, this will be a unique global public good of the 21st century," the appeal added.

Last month, Bill Gates' foundation called for global solidarity to ensure the capability to vaccinate up to 7 billion people (i.e. pretty much the world's entire population) against the coronavirus. However, such calls have faced resistance, particularly in the US and Europe, where groups opposed to mandatory vaccines have staged protests, and spread conspiracy theories accusing governments of seeking to use the pandemic to make a profit or implant microchips in people.