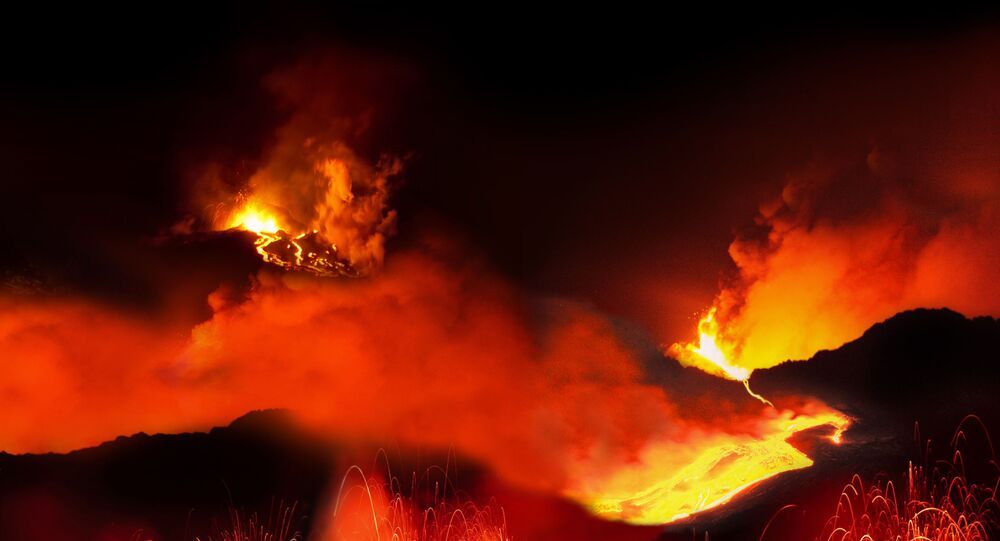 What were previously thought to be three separate plateaus in the Southwestern Pacific turned out to be the fragments of one giant layer of volcanic rock created by an outpouring of rock from the earth's mantle, according to an analysis of seismic waves.

Part of New Zealand sits upon the remains of a "superplume" thought to be the biggest volcanic upwelling in the world, a new study has discovered.

Researchers from Victoria University of Wellington say the event played out around 120 million years ago and was similar to what can be observed in lava lamps: a fluid-like plume of hot rock rising from the Earth's mantle to the surface and flattening like a pancake.

According to the new research, published in the journal Science Advances on Wednesday, the superplume rose from about 3,000 kilometres below the surface and formed a continent-sized underwater plateau in Southwestern Pacific.

Tectonic movement later split that giant layer of volcanic rock into three smaller fragments. One of them drifted to the south, forming the Hikurangi Plateau which underlies New Zealand's Northern Island. The other two, the Manihiki Plateau and the Ontong-Java Plateau, are located near Samoa and the Solomon Islands, respectively.

Analysis of speeds at which seismic vibrations, known as P-waves, move through these separate plateaus helped determine that they were once part of the same superplume.

It was revealed that the speeds of vertical seismic waves in the Hikurangi Plateau match with those of two other plates, meaning they were created at the same time. "The extraordinary thing is that all these plateaux were once connected, making up the largest volcanic outpouring on the planet in a region over 2000 km across," Stern said.

Co-author Simon Lamb suggested that the volcanic activity during that event "may have played an important role in Earth history, influencing the planet's climate and also the evolution of life by triggering mass extinctions."

Scientists have theorised for decades that churning motions in the mantle led to such outpourings (similar but smaller events are thought to have happened in Iceland and Hawaii), but evidence for superplumes has proved elusive until now.

Stern said: "With this study, we now have both hard evidence that such plume activity did indeed occur and also a fingerprint method to detect fragments of the largest plumes of all–superplumes–rising up from near the Earth's core."