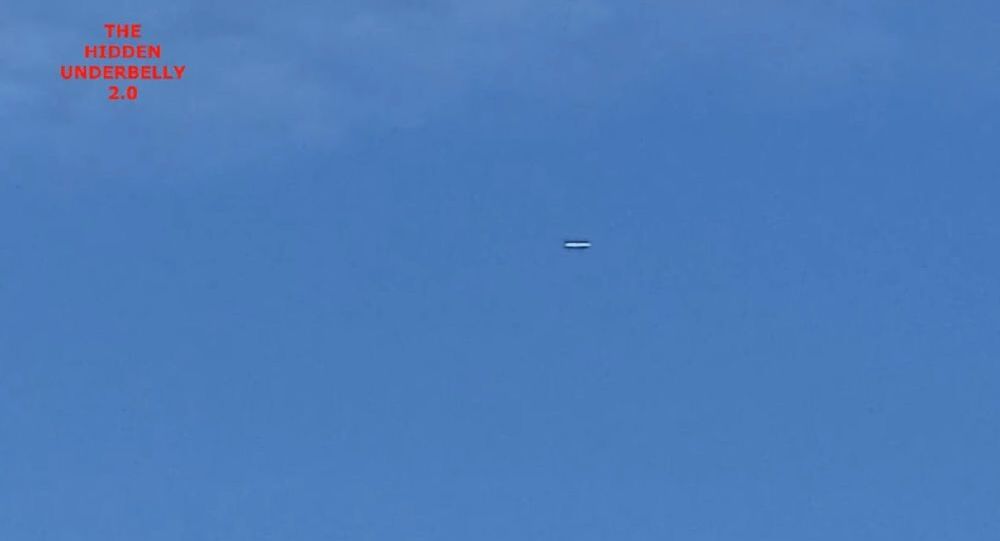 Exploring Humanity During a Pandemic? Cigar-Shaped UFO-Like Object is Spotted Again in California

The US, and especially California, has emerged as a hotspot of multiple sightings of mysterious cylindrical aircrafts, and UFO-hunters now believe that the new occurrences could be linked to elevated extra-terrestrial activity that has been going on around our planet during the coronavirus lockdown.

A mysterious cigar-shaped object has once again been spotted in California’s daytime sky, with UFO enthusiasts claiming that its shape and movement suggest its pure extra-terrestrial nature.

The video of the cryptic aircraft flying over Salinas, Monterey County on 7 May, was sent to mystery-hunters from The Hidden Underbelly 2.0, a YouTube channel. Its uploader suggested that the object had “no visible wings or windows” and its shape confirmed the fact that it was not a blimp.

“In this footage, we have a silver, cylindrical object,” the channel’s narrator explained. “This object was filmed at 4.17 p.m. and we can just see it cruising over the horizon. The visibility is very good, there are no clouds to speak of – there is nothing in the way of this object.”

Observers rushed to agree with the Hidden Underbelly enthusiast that the snake-like aircraft definitely could not be an airship due to the height and the speed at which it was flying.

“No it definitely ain’t no blip [sic]. It looks like the tictac. They said it had a slight segment in the middle and it’s peanut shaped. Correct me if I’m wrong please,” one of the observers commented.

“This could be an alien craft. They might feel safe to explore because this whole planet is under quarantine,” another viewer suggested, the statement that was echoed by some other UFO enthusiast who claimed that the aliens were now “getting ready” for something “bigger” to happen in the world and were watching for the new developments to unfold.

© Photo : YouTube/@ The Hidden Underbelly 2.0
'Are They Observing Us?': Mysterious Red Lights in Virginia and Nevada Prompt UFO Speculation
Previously, similar sightings of cigar-shaped objects have been documented in California’s Mojave Desert and Los Angeles, as well some other US states, in the last couple of months.

The new sighting has already captured the attention of more than 1,300 viewers, but it still seems unlikely to repeat the fate of this century’s most-speculated-about tic-tac videos, recently released by the Pentagon, which are believed to have captured “unidentified aerial phenomena” several times in the last two decades.